If nothing else, Week 13 certainly caused season-high heart rates.

With the ending of the Las Vegas Raiders-New York Jets game being a roller-coaster best, it wasn’t alone. Heavy favorites such as the Minnesota Vikings (-9.5), Seattle Seahawks (-10), Pittsburgh Steelers (-10) and Kansas City Chiefs (-14) all failed to cover.

The Seahawks even lost to the New York Giants, which wasn’t the craziest thing to happen in the NFC East, as the Washington Football Team handed the Steelers their first loss of the season Monday.

Here’s how it all impacted our Week 14 NFL power rankings:

1. Kansas City Chiefs (11-1, Last Week: 2)
It was only a matter of time before the Chiefs got back on top of the list. There isn’t another team in the NFL that scares opponents like Kansas City.

2. New Orleans Saints (10-2, 3)
The Saints earned a postseason berth with their win over the Falcons, while simultaneously extending their NFC South lead to three games.

3. Green Bay Packers (9-3, 4)
Aaron Rodgers and Co. were an anomaly in Week 13: They were heavy favorites who covered. Green Bay now holds a three-game lead in the NFC North.

6. Los Angeles Rams (8-4, 8)
The Rams have been steady throughout, despite not generating many early season headlines due to the NFC West rival Seahawks and Arizona Cardinals. Well, now, LA is in the running to win the division after a convincing victory over Arizona.

7. Tennessee Titans (8-4, 7)
Mike Vrabel’s Titans showed a lot of fight after battling back from their 35-7 halftime deficit, but they still couldn’t pull out a comeback win over the Cleveland Browns.

8. Seattle Seahawks (8-4, 6)
The Seahawks are so hit-or-miss. Seattle missed big in Week 13 with its worst loss of the season — to the NFC East’s Giants.

9. Indianapolis Colts (8-4, 10)
The Colts’ defense shut out the Houston Texans in the second half while forcing a game-winning red-zone fumble, which helped Indianapolis pull out the AFC South win.

10. Cleveland Browns (9-3, 12)
Have we been wrong about the Browns all along? Or was Sunday’s surprising win over the Titans, in which Baker Mayfield threw four first-half touchdowns, an outlier? Either way, Cleveland has cemented itself in the AFC playoff race.

11. Tampa Bay Buccaneers (7-5, 9)
Tom Brady and Co. will return to the field and look to put together a postseason run after their Week 13 bye.

13. Baltimore Ravens (6-4, 13)
Baltimore will play the Dallas Cowboys on Tuesday night, but we’re not expecting the Ravens to have much trouble.

14. Las Vegas Raiders (7-5, 14)
The Raiders escaped. One week after getting blown out by the Atlanta Falcons, Las Vegas needed the Jets to implode to earn a walk-off win.

15. Minnesota Vikings (6-6, 16)
The Vikings needed overtime to earn a victory over the one-win Jacksonville Jaguars. Minnesota now is a game up on Chicago for the NFC North’s No. 2 seed and is in the mix for an NFC wild-card spot.

16. New England Patriots (6-6, 18)
The Patriots played an inferior opponent Sunday, but there’s no debating that their 45-0 shutout against the Los Angeles Chargers was their most complete win this season.

17. Arizona Cardinals (6-6, 15)
Arizona is tumbling down a slope and picking up steam. The Cardinals have lost four of their last five games after Sunday’s verdict to the Rams. And now, a once-promising squad will have to end on a high note to maintain its postseason bid.

18. San Francisco 49ers (5-6, 17)
One week after surprising the Rams, the 49ers kept it close against the Bills but ultimately couldn’t keep up with Buffalo’s offense.

19. New York Giants (5-7, 22)
Between the Washington Football Team and the Giants, the NFC East had quite a week. New York took down Seattle for Joe Judge’s first signature win of his career.

21. Denver Broncos (4-8, 20)
The Broncos gave the Chiefs all they could handle before falling in an AFC West game, their fourth loss in five contests.

22. Atlanta Falcons (4-8, 21)
Even without Drew Brees on the field, Matt Ryan still was the second-best quarterback in a game against the Saints.

23. Houston Texans (4-8, 23)
Deshaun Watson often makes game-changing plays, but the red-zone fumble he coughed up Sunday against the Colts is one he’ll want to forget.

25. Detroit Lions (5-6, 27)
The Matt Patricia-less Lions earned their first win of the new era Sunday, doing so against the spiraling Bears on the back of Adrian Peterson (two touchdowns).

26. Chicago Bears (5-7, 19)
What started as a spark in early November has transitioned into a full-blown dumpster fire in Chicago with six straight losses. Now, the once-promising defense is almost as bad as the offense.

27. Philadelphia Eagles (3-8-1, 26)
Carson Wentz and Doug Pederson are treading water in the deep end, as the Eagles have fallen to third in the NFC East after a loss to the Packers.

28. Dallas Cowboys (3-8, 29)
If the Cowboys were smart, they would let the Giants and Football Team race to see who gets eliminated in the NFC’s first round while sitting pretty with a top-five draft pick.

29. Los Angeles Chargers (3-9, 28)
We’ve said it all season long: The Chargers shouldn’t be this bad. Well, they are. And a bad team suffered one of the worst losses in franchise history to New England in Week 13.

32. New York Jets (0-12, 32)
Gregg Williams’ Cover-Zero blitz will go down as one of the most hilariously idiotic play calls in league history. 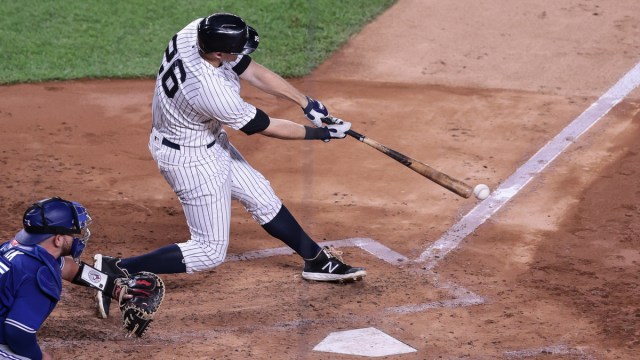 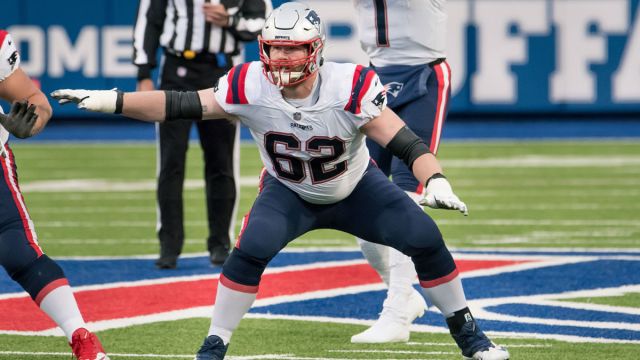