The New England Patriots might have a great idea of what they have in Dalton Keene and Devin Asiasi based on practice reps, but the two rookie tight ends have shown next to nothing as receivers in actual games.

Keene has one catch on one target for 8 yards over three games. Asiasi has zero catches on one target in six games. The two players were the Patriots’ only active tight ends in New England’s Week 14 loss to the Los Angeles Rams. They put up zero production.

Veteran tight end Ryan Izzo, who’s on injured reserve, has just 13 catches on 20 targets for 192 yards (50 of which came on a short Hail Mary attempt) in 12 games. Jordan Thomas doesn’t have a catch on one target in two games.

If you thought the Patriots hit rock bottom in tight end production last season with Ben Watson and Matt LaCosse leading the position, well, you were wrong.

Asiasi has run the most routes among NFL tight ends without catching a pass, per PFF’s data. Keene ranks 107th out of 118 tight ends in yards per route run. Izzo has the third-fewest receiving yards among tight ends with at least 200 routes run.

The Patriots have a decision to make next offseason about whether they need to invest more resources, whether that’s cash or draft picks, in another tight end despite spending third-round picks on Asiasi and Keene this past spring. Florida’s Kyle Pitts has been a popular mock draft target for New England. Patriots head coach Bill Belichick has admired the Los Angeles Chargers’ Hunter Henry, who will be a free agent this offseason, since the tight end’s high school days. Jonnu Smith and Gerald Everett also are hitting the open market this offseason.

Patriots fans and pundits might be ready to write off Keene and Asiasi after their disappointing rookie seasons, and that could wind up being prudent. But neither player has exactly received a fair shake this season. New England rookies didn’t get to experience a normal offseason because of the COVID-19 pandemic. Keene and Asiasi also have both dealt with injuries. Other Patriots rookies like Kyle Dugger, Josh Uche, Anfernee Jennings, Mike Onwenu, Justin Herron and Myles Bryant have produced through similar adversities, however.

Asiasi and Keene are also at a disadvantage because opportunities are limited in the Patriots’ offense. New England has attempted the second-fewest passes in the NFL this season. Over one-third of the Patriots’ passes have gone to starting wide receivers Damiere Byrd and Jakobi Meyers, and that’s despite the fact that Meyers barely played until Week 7. Even a consistent player like running back James White is having his least productive season since his rookie year.

Receiving numbers are low across the Patriots’ skill position players. Does that excuse Asiasi and Keene for combining for just 8 total yards? Absolutely not. But it also might not be a complete picture of their potential when New England is attempting less than 28 passes per game.

“I think we all have to do a better job,” Patriots tight ends coach Nick Caley said Friday when asked about the rookie tight ends’ production. “I think we’re always trying to work to compete in the passing game, be route-runners. It’s a mixture of everything. We’ve got to do a good job on our route detail as route runners and creating space to get open. The opportunities in the passing game will fall on the reads and progressions, as well, in terms of, sometimes, there’s opportunities and sometimes there’s not.

“When there are guys that are open, usually the guys who are open are going to get the ball. That’s just how it goes, not one thing in particular. It’s a mixture of everything. We certainly have to continue to work on our techniques and fundamentals and trying to improve our route detail each week. And we’ve made improvements. We’ve got to make a lot more moving forward.”

The Patriots need plenty of help this offseason, and there’s only so much cap space and high draft picks to go around to fill needs at quarterback, wide receiver, linebacker, defensive line, tight end and potentially cornerback, depending on what happens with JC Jackson and Stephon Gilmore this offseason.

Does New England have enough information on Keene and Asiasi to decide whether it needs to replenish the position again this offseason? If the Patriots take a tight end in the first round or sign a player like Henry, they’re effectively giving up on either player being a potential starter in their offense. Keene and Asiasi were third-round picks, but New England has found starters like Chase Winovich, Damien Harris, Joe Thuney, Logan Ryan and Duron Harmon in that round in recent years. A third-round pick doesn’t necessarily come with starting potential, but when you select two players at the same position in the third round, expectations should be relatively high for one of them to turn out.

If the Patriots threw more or if Cam Newton spread the ball around more, maybe circumstances would be different for Keene and Asiasi. It’s not a great sign that they’ve been unable to pass Izzo on the depth chart, however, and it would be understandable if the Patriots choose to upgrade the position this offseason.

Izzo will be on injured reserve for at least two more games. Perhaps one or both of Keene and Asiasi will begin to show more promise over the final three weeks of the season. If they don’t, the Patriots will have a dilemma this offseason. 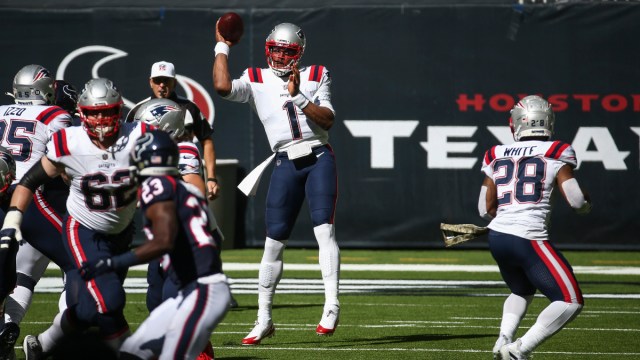 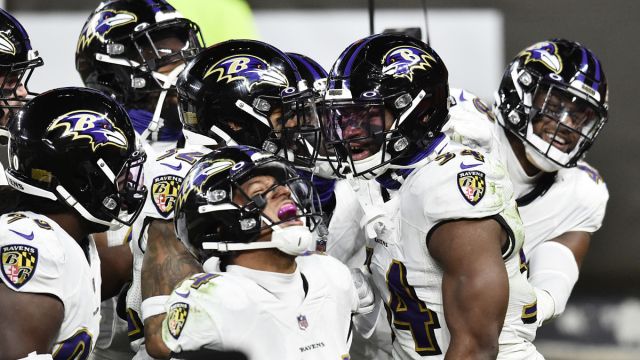