The New England Patriots will be without their leading rusher and their top kick returner when they visit the Miami Dolphins on Sunday.

Running back Damien Harris (ankle) and wide receiver Donte Moncrief (thigh) both were downgraded to “out” Saturday, indicating they did not travel with the team to South Florida.

Harris left last week’s loss to the Los Angeles Rams with a back injury but was a full participant in Wednesday’s practice before landing on the injury report with a different ailment. He was limited Thursday and Friday.

Moncrief also exited the Rams game early. He was limited in all three practices this week.

With Harris out, expect Sony Michel to reclaim his role as New England’s lead back. The 2018 first-round draft pick held that position for two-plus seasons before landing on injured reserve in Week 4 and ceding the job to Harris, who’s averaged an impressive 5.0 yards per carry.

Michel was a complementary option in the Patriots’ last two games, rushing 17 times for 57 yards, catching one pass on two targets for 23 yards and playing a larger role on special teams.

Undrafted rookie J.J. Taylor likely will draw back into the lineup to provide depth behind Michel and pass-catching back James White. Taylor showed promise early in the season but has not played a snap since Week 3. He and White both are questionable for Sunday but did make the trip to Miami.

Moncrief took over kick return duties from Gunner Olszewski in Week 12 and subsequently earned a promotion to the 53-man roster. He’s also the Patriots’ No. 4 receiver behind Damiere Byrd, Jakobi Meyers and N’Keal Harry.

The Patriots could opt to elevate Kristian Wilkerson or Devin Smith from the practice squad Saturday for additional wideout depth. Practice squadder Isaiah Zuber is out of gameday elevations.

A total of 12 Patriots players are listed as questionable:

Wide receiver Julian Edelman reportedly will not be activated off IR ahead of Sunday’s game. 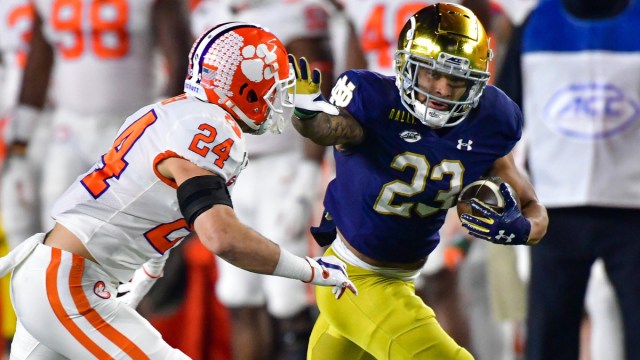 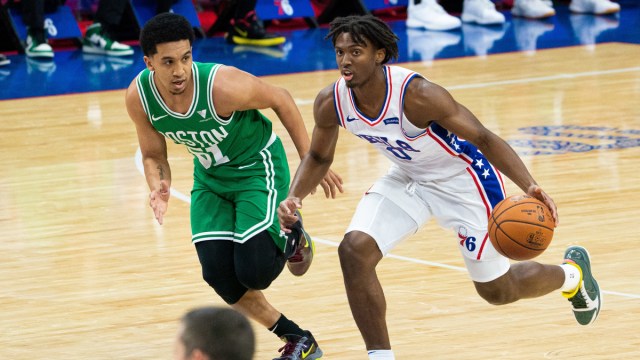 Brad Stevens Points Out Quite Possibly Only Positive From Celtics Preseason