Two non-answers by New England Patriots head coach Bill Belichick in his weekly interview Tuesday with WEEI might have given us the best window into how the organization actually feels about backup quarterback Jarrett Stidham.

Belichick said Tuesday on WEEI’s “OMF” program that he “would imagine” Cam Newton, not Stidham, will start Sunday against the New York Jets.

So, have the Patriots already seen all they need out of the 2019 fourth-round pick?

Belichick replied, “I think there would be some truth to that” when asked by host Christian Fauria if it’s fair to say that if Stidham started Sunday, the Patriots wouldn’t necessarily find out anything more than they already know about him.

Fill-in host Gary Tanguay took that as Belichick saying the Patriots already know everything they need to know about Stidham.

The head coach pushed back, saying, “Yeah, I don’t think I said I know everything I need to know about him. I don’t think that’s what I said.”

Belichick conceded that a time will come for Stidham to potentially start.

“At some point he will get an opportunity to play with a good opportunity to prepare and play and that will be a better evaluation,” Belichick said. “At whatever point that is, I don’t know.”

So, we know that Belichick stands precisely between not knowing everything there is to know about Stidham while also saying there’s some truth to the notion that the Patriots wouldn’t necessarily find out anything more about the young QB by starting him against the Jets.

Did Belichick just put you through the spin cycle? Are you dizzy?

There’s a tightrope between those positions, and Belichick is standing on it with his arms crossed.

So, what exactly does that mean? And when will Stidham actually get that opportunity to play? There’s no Week 18 yet. The 17-game season starts next year.

The Patriots can’t know everything about Stidham because he hasn’t started an NFL game yet. He’s never gone through a week of practice as the top quarterback. Instead, he’s taking scout-team reps and imitating Sam Darnold. The Patriots can see Stidham throw in practice. They can’t see him running their offense.

So, why not throw him out there against the Jets? Belichick has said that Newton gives the Patriots the best chance to win, and New England isn’t going to give up whether it’s Week 1, Week 17 or the Super Bowl.

But why is Belichick saying the Patriots couldn’t necessarily learn anything by putting Stidham on the field this week with that full week of practice against the Jets? The Patriots have been running Newton’s offense all season with weapons that MMQB’s Albert Breer correctly stated wouldn’t start for two college teams this weekend. Stidham hasn’t provided enough of a spark to light a firestarter in five relief appearances this season, and starting him in a new offense with the same old receivers still wouldn’t be putting him in an actually advantageous situation. A start is a step up from coming into a game midway through the third quarter. But it’s still not a legitimate look.

The way the Patriots have handled Stidham this entire season is odd to say the least. They liked Stidham enough to be prepared to enter the season with him as their starter until early July when they officially signed Newton. And they signed Newton without seeing Stidham practice since January. Stidham had only attended virtual meetings when the Patriots pulled the trigger on Newton.

Stidham failed his audition for the starting job early in camp by throwing picks, getting hurt and then falling behind Newton and Brian Hoyer to begin the season. Still, Stidham was kept on the roster.

After playing marginally better than Hoyer in Week 4’s loss to the Kansas City Chiefs, Stidham elevated to the backup role and held it ever since.

So, the Patriots liked Stidham enough to consider him a starter, keep him on the team and move him back up the depth chart but not enough to head into training camp with him first on the depth chart or to ever actually start him.

As for that opportunity Belichick hinted at, that might just be the preseason that Belichick is alluding to. Stidham would certainly get an opportunity to prepare to play in a preseason game. Belichick never said anything about Stidham starting.

It still doesn’t really make any sense to start Newton on Sunday. The Patriots definitely know what they have in him. But perhaps there’s a reason why Belichick believes it doesn’t make any more sense to give Stidham his first start. 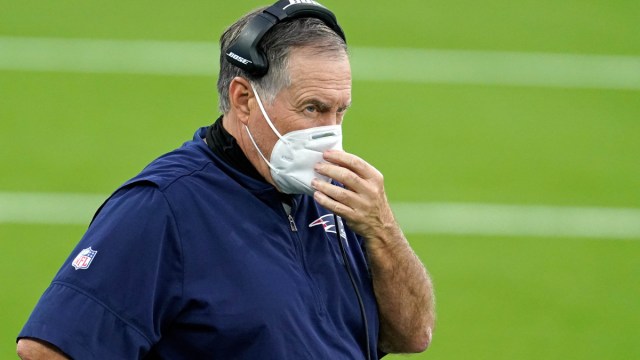 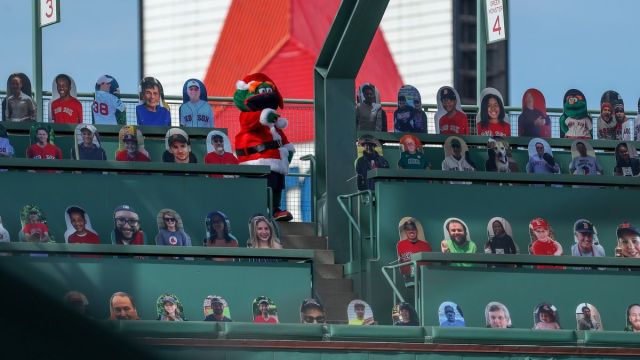