The New England Patriots entered the 2020 NFL Draft with the 23rd overall pick.

But that didn’t prevent them from scoping out one of the draft’s top quarterback prospects — one they’ll see on an NFL field for the first time this Sunday.

New England took a close look at Justin Herbert during the pre-draft process. Head coach Bill Belichick liked what he saw. So did offensive coordinator Josh McDaniels, who had a sitdown with Herbert at the NFL Scouting Combine in February. Other Patriots assistants also met with the Oregon product during combine week.

?I did look at Herbert in the draft,” McDaniels recalled Tuesday in a conference call. “He was a big kid, obviously can throw the ball well, do it to all levels of the field, athletic, can do some things with his legs, as well. … (He’s) a talented kid. Obviously a smart kid — very smart kid. Athletic. Got a lot of the traits that you look for.”

“We evaluated him,” Belichick added. “I think he’s got all the tools.”

That admiration was mutual.

Herbert, widely considered the second- or third-best draft-eligible QB behind locked-in No. 1 pick Joe Burrow, told NBC Sports’ Peter King that McDaniels was the most impressive coach he met with in Indianapolis.

“That’s a guy I’ve always watched, always looked up to,” he said early March. “I love (the Patriots’) offense.”

From a measurable/testing standpoint, the 6-foot-6, 236-pound Herbert looked like a perfect fit for that offense, which at the time was about to lose 19-year starter Tom Brady. He completed 66.8 percent of his passes as a college senior, threw 32 touchdown passes with just six interceptions, boasted elite arm talent and had one of the best combine workouts of any 2020 QB (4.68-second 40-yard dash, 7.06-second three-cone, 4.46-second short shuttle, 35.5-inch vertical jump, 123-inch broad jump).

That proved to be a pipe dream, however. Despite some chatter about the Patriots potentially trading up for a top-tier signal-caller, Herbert went sixth overall to the Los Angeles Chargers, the third QB selected behind Burrow (No. 1 to Cincinnati) and Tua Tagovailoa (No. 5 to Miami). The Patriots eventually traded out of the first round and selected safety Kyle Dugger at No. 37 with their top pick.

“We talked about (Herbert),” Belichick, whose team is preparing for a Week 13 matchup with the Chargers, told L.A. reporters Monday. “Obviously, where we were drafting and where he was picked was two different stratospheres.”

Herbert was not viewed as a slam-dunk prospect entering the draft, but he’s surpassed all expectations as an NFL rookie.

Through 10 starts, the 22-year-old is on pace to break rookie records for completions (set by Carson Wentz), passing yards (Andrew Luck) and passing touchdowns (Baker Mayfield) despite not playing in Week 1. His 66.7 percent completion percentage, if it holds, would be second-best all-time behind Dak Prescott among qualified rookie QBs. He’d also be just the fourth rookie ever to start eight or more games and post a passer rating above 100 (currently at 100.7), joining Prescott, Robert Griffin III and Russell Wilson.

“Yeah, he’s impressive,” Belichick said Tuesday in a conference call with New England reporters. “Very talented player, tall, sees things well, has a good arm, can certainly make all the throws. He’s athletic, can escape the pocket, smart. They do a number of things at the line of scrimmage — you’ve seen him check plays, audible against pressure, change plays against check-with-me type situations. It looks like he’s going to be a good quarterback for a long time.

“(He has) a lot to work with, and I know he’s a smart, hard-working kid that likes football, and I’m sure he will continue to get better, as he has this year throughout the course of the season. He’s improved from the early games that I’ve watched and has a lot of good skill players to work with — good tight end, good backs, good receivers. So, yeah, he’s a good player.”

Belichick was even more complimentary in his L.A. media call, saying Herbert “has no weaknesses.”

“I thought a lot of him coming out,” the coach said, “and have been impressed watching him play this year. He seems to get a little better each week as he gains more experience and more confidence and gets a better understanding of defenses and different problems that they try to present.

“He’s obviously young, got a long way to go, but you can certainly see the improvement and the talent. The Chargers are working with a good player here.”

Doing the same will be priority No. 1 for Belichick, McDaniels and the rest of the Patriots organization this offseason. 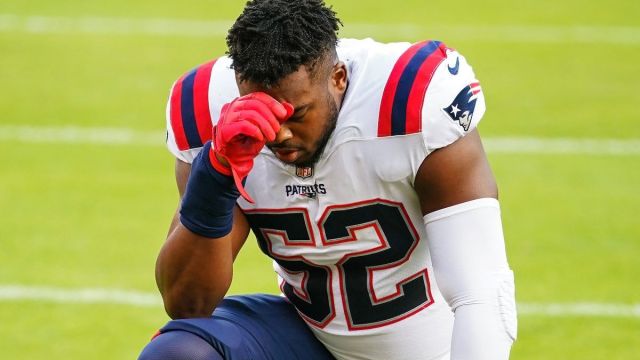 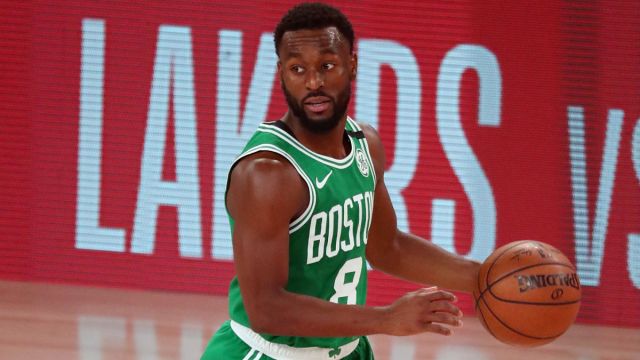