The James Harden trade winds soon could be-a-blowin’ through southeast Texas all the way to New England.

As you surely have heard by now, Harden reportedly wants out of Houston. The Rockets superstar has submitted the most public trade request since the Anthony Davis nonsense, and the Celtics reportedly are among the teams he’d consider joining.

Oh, and Boston reportedly has talked with the Rockets about a potential deal involving the 2017-18 NBA MVP. We, like many, doubted that speculation when it cropped up early last week, but Adrian Wojnarowski since has turned us into believers.

Whether the Celtics, the players and their fans should want Harden on the roster is a complicated question to answer. The 31-year-old has acted like a total idiot over the last few weeks, but nevertheless is seen as a generally nice, mild-mannered guy. His defense and in-game effort don’t hold up under scrutiny, but he remains among the most gifted scorers in NBA history. He also will make over $40 million each of the next three seasons, because LOL.

But we’re not here to talk about whether Harden would be a good “fit” in Boston. That’s for Semi Ojeleye to talk about on his Twitch stream, or whatever.

No, we’re here to fire up ESPN’s Trade Machine and cook up some seriously spicy Harden-to-Boston blockbusters.

If Celtics Are On James Harden’s Wish List, What Would Trade Take From Boston?

(Note No. 1: Yes, the trade machine factors in trade exceptions and other stuff, such as the massive trade exception the Celtics got when Gordon Hayward left Boston.)

(Note No. 2: The Trade Machine doesn’t let you mess around with draft picks, so we just kinda threw them in where we thought it would make sense.)

(Note No. 3: We didn’t necessarily go for the trades that made the most sense — we just wanted to have fun. Don’t yell at us on Christmas weekend for something so stupid.)

TRADE 1
Celtics get: James Harden
Rockets get: Kemba Walker, Romeo Langford, two first-round picks
Analysis: This might be the most palatable trade for the Celtics and their fans. Walker is awesome and is as popular among his teammates. But that knee is more than concerning. And if you believe we’re too paranoid, just look at Danny Ainge’s rumored activity on the offseason trade market.

The big problem with this trade — which actually would’ve worked as a straight-up Harden-for-Walker swap — is that the Rockets probably wouldn’t find it to be a fair deal, mostly due to Walker’s injury history. That’s why we added a legitimately intriguing prospect in Langford, along with a couple of first-round picks.

But the salary gap in a Harden-Brown swap is enormous, and thus Smart is an avoidable addition to any such deal. We actually believe the trade, if it ended there, would favor the rockets, which is why we sent a couple of first-round picks to Boston.

As for Williams and Tucker, we believe that Tucker represents Williams’ surprisingly high ceiling in the NBA. To use a Pokemon analogy, Tucker basically is Williams’ final evolution, following a level-up in the early 20s and a basketball stone somewhere along the line.

Parting with Williams, a born leader, would be tough for Boston, but Tucker is more immediately ready to contribute in meaningful ways.

Harden is way better than either Smart or Walker, but the combination of Walker and Smart significantly closes the gap. And, when you consider the culture upgrade Houston would enjoy, the trade actually might be attractive.

The Rockets also would get to unload an aging, expensive piece in Tucker, along with McLemore, a run-of-the-mill bench guard, for a few first-round picks.

(At this point, we find it necessary to remind you that we’re not factoring in whether the Celtics would be happy with these trades. Because, in reality, there’s no way they’d want to poison Tatum and Brown with a player like Harden.)

TRADE 4
Celtics get: James Harden
Rockets get: Jaylen Brown, Daniel Theis, Romeo Langford and Payton Pritchard
Analysis: This really is the only viable Brown-focused trade that wouldn’t also require either Tatum, Walker or Smart. So, it’s worth fleshing out.

Daniel Theis is a good NBA center and a player who perfectly fits Brad Stevens’ system when he’s not in foul trouble. However, he’s not the kind of player to hold up a Harden trade over, and his $5 million salary is a useful chip.

Again, we like Langford. If he can stay healthy, he could be a good NBA player, and he already is an above-average defender. But we’re not losing sleep over including him in a trade for a guy who’s averaged over 30 points per game each of the last three seasons.

Payton Pritchard is cool. He’s small, plays harder and actually looks like he can hit 3-pointers in the NBA, unlike Carsen Edwards. But he’s Payton Pritchard.

This trade might completely destroy everything that makes the Celtics likable, and it also might ruin Tatum’s development. But it also could make the Celtics legitimate NBA championship contenders, if Stevens somehow could get everyone to buy in.

We never have loved Wall’s game, but if he can be convinced to make the sacrifices Walker made last season and embrace the facilitator role, he could be a great piece. The Wall-Harden-Tatum trio would be an insanely talented one, to say the least.

As for Nesmith, we either had to include just him or split his salary into two players, such as Javonte Green and Robert Williams. Call us crazy, but we love the Timelord. 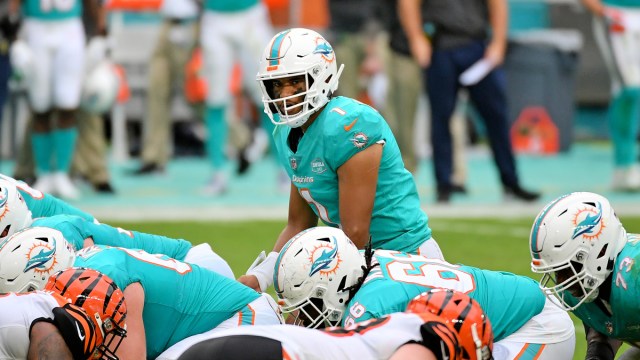 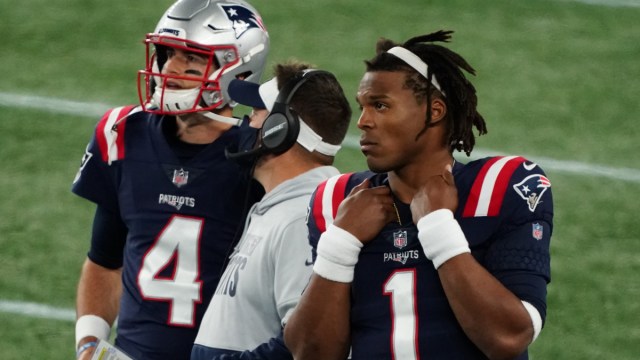