What To Make Of Patriots After Decisive, Shutout Win Over Chargers - NESN.com Skip to content

It very well could be too late — New England has just a 21% chance of making the postseason at this juncture — but the Patriots delivered a signature win and officially are trending in the right direction with a quarter of the 2020 season in front of them.

The Patriots shut out the Los Angeles Chargers, who probably are slightly better than their 3-9 record indicates, 45-0 on Sunday as 1.5-point underdogs. The Patriots won two games in a row for just the second time this season, and though they’ve tricked everyone before, seem to be rounding into form late in a bizarre, enigmatic season that has seen them play up and down to their competition.

There was no playing down to the Chargers, and it was one of those three-phase wins that make head coach Bill Belichick salivate.

“I’m really proud of our football team today,” Belichick said. “Coming across the country, these guys have really worked out, had a good week of preparation, really put a lot into it. We’ve got a lot of great leadership from, as always, our captains but many of our other veteran players, some of our younger players have really stepped up their preparation levels, as well. It was nice to see it come together today. I thought we had a game where all three units contributed. It was a complementary game. He had some plays from the offense, the defense, special teams. We played with a good level for 60 minutes and had more consistency than we’ve probably had in most other games.

“Just really proud of the way the team competed. The Chargers have a lot of good players.”

The Patriots scored 14 points on a punt return touchdown and blocked field goal return. They rushed for 165 yards and two touchdowns. They passed for two more touchdowns. They limited the Chargers to 70 rushing yards and rookie quarterback Justin Herbert to a 43.7 passer rating.

All hope seemed lost for the Patriots multiple times this season. They were 2-5 after a last-minute loss to the Buffalo Bills. They were 4-6 after losing to the then-hapless Houston Texans after Week 11. Now they’re .500 for the first time since Week 4. If they can sneak out a win over the Los Angeles Rams on a short turnaround Thursday, then maybe, just maybe everyone gave up on them too early and were wrong in wondering why they weren’t tanking at midseason.

The Patriots’ competition Sunday was far from fierce. The Chargers are poorly coached, have been unlucky when it comes to injuries and are probably headed for another top-10 pick in the 2021 NFL Draft. There’s no guarantee that Chargers head coach Anthony Lynn will still have a job in the morning, but the Patriots dismantled them. And they’ve otherwise beat some pretty good teams like the Las Vegas Raiders, Baltimore Ravens and Arizona Cardinals. But Sunday’s win was different.

The Patriots haven’t won in dominant fashion since Week 3 before COVID-19 swept through the locker room and seemingly put the team in a blender. Even wins over the New York Jets, Ravens and Cardinals weren’t convincing, though they were at the time promising. The team that showed up Sunday needs to stay present. Even though there are seven playoff spots per conference now, the Patriots will probably need to win out to get in the postseason with seven 8-4 or better teams ahead of them in the AFC standings.

After the 8-4 Rams, the Patriots take on the 8-4 Miami Dolphins, 8-3 Buffalo Bills and the 0-12 New York Jets. It’s a tough schedule. At the same time, if the Patriots can’t beat the Rams, Dolphins, Bills and Jets, then maybe a postseason berth is pointless anyway. The Patriots would need to continue playing up to that type of competition in the playoffs. These next four games are a test.

It’s been a weird season, but at least the Patriots have kept it interesting. And with more performances like Sunday’s, a playoff berth is still in reach. 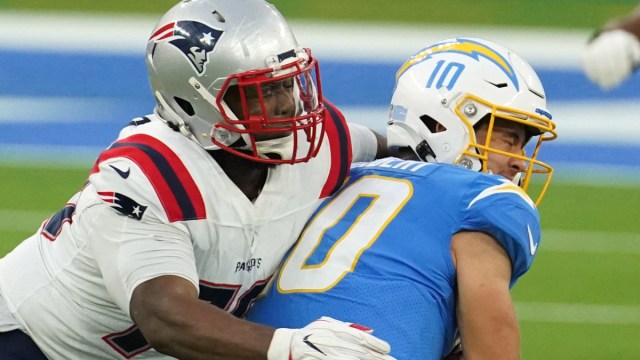 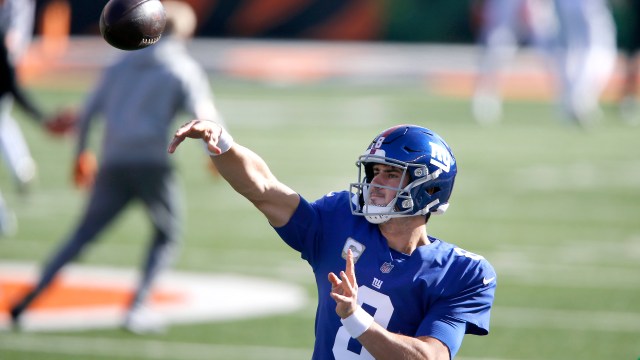