What a week it has been for the Miami Dolphins.

The 10-5 Dolphins defeated the Las Vegas Raiders on Saturday, advanced in the AFC playoff standings Sunday after losses by the Cleveland Browns and Indianapolis Colts and officially landed a top-five pick in the 2021 NFL Draft via the Houston Texans’ loss to the Cincinnati Bengals.

It makes the Dolphins arguably the biggest winner of Week 16. Of course, the Kansas City Chiefs may have something to say about that seeing how they claimed the No. 1 seed in the AFC, but nevertheless, it was a great weekend for the Fins.

The Dolphins jumped from No. 7 in the AFC to No. 5, the conference’s first wild-card spot. They benefitted from a Colts collapse to the Pittsburgh Steelers and Browns loss to the New York Jets. 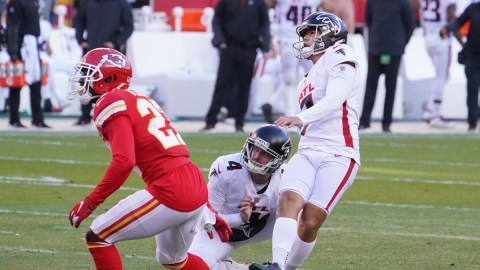 In most cases, playoff teams don’t hold top-10 picks in the ensuing draft. Well, this season in Miami isn’t most cases. The Dolphins own both of the Texans’ first- and second-round draft selections in the 2021 NFL Draft. It dates back to a 2019 trade in which Miami sent offensive tackle Laremy Tunsil, receiver Kenny Stills and other assets to Houston. Stills has since been released by the Texans and the Dolphins are thriving.

Oh yeah, Brian Flores bettered his chance to land the 2020 NFL Coach of the Year award Kevin Stefanski’s Browns losing to the Jets. Steelers head coach Mike Tomlin had his stock drop during Pittsburgh’s three-game losing streak, and even with an impressive comeback against the Colts on Sunday, Flores should be the frontrunner.

The Dolphins will take on the AFC East-champion Buffalo Bills in Week 17. A win over Buffalo would cement Miami’s playoff spot, while a loss could ultimately land the Fins on the outside looking in with an ever-changing AFC playoff picture:

Let’s see how the Dolphins are able to take Week 16 success into their regular-season finale.