Zdeno Chara Accomplished His Mission And A Whole Lot More With Bruins - NESN.com Skip to content

Zdeno Chara’s goals were pretty clear if not lofty when he signed with the Boston Bruins in July of 2006.

“I want to lead this team by setting a good example with my work ethic, drive, dedication and discipline,” Chara said through his agent when Boston signed him to a five-year, $37.5 million contract at the start of free agency. “There is a lot of work ahead of us, but I look forward to having this team compete for a Stanley Cup in the future.”

Shortly thereafter, in a TV interview, Chara said “I decided to sign with Boston because I really believe this organization will turn things around to be part of it.”

To say he kept to his promises would be an understatement, and that will be Chara’s legacy in Boston forever, even after he announced Wednesday he was leaving the team after 14 seasons in Black and Gold to sign with the Washington Capitals.

It’s unfortunate Chara won’t finish his career with the Spoked-B on his sweater, similar to how it won’t ever look right seeing Tom Brady in the pewter and red. But in our collective mind’s eye, we’ll always associate Brady with the Patriots and Chara with the Bruins.

That’s because those sorts of players are the pillars on which you build sustained success and a winning culture. Nothing was more important to Chara than that during his time in Boston.

The results obviously speak for themselves. The Bruins knew they were getting an elite defenseman, which is why they invested so heavily in him. Chara would win a Norris Trophy (and come close a few other times), and he made some All-Star teams. He was the most dominant defenseman in the world at times, a matchup nightmare for just about every forward in the league.

But it’s the intangible things for which he’ll be remembered. He was the captain for arguably the longest, most sustained run of success in franchise history. With Chara wearing the C, Boston went to the Stanley Cup Final on three separate occasions. Obviously, the highlight of his career was his otherworldly play in the spring of 2011, forming a shutdown D-pairing with Dennis Seidenberg, as Boston secured its first Stanley Cup in nearly 40 years.

Chara’s name is forever etched on the Stanley Cup with the Bruins, but it’s his leadership, discipline and devotion to his craft that are forever etched into Black-and-Gold lore. The Bruins went from a middling playoff hopeful to perennial Stanley Cup contenders with Chara as the franchise cornerstone. That’s no coincidence.

His departure leaves a 6-foot-9 hole not only on the blue line but in the dressing room. Boston is confident it can contend with Chara; the hulking blueliner is confident he still can be an impactful player for a different contending team. These sorts of things are unavoidable in sports.

But no matter what happens with the Bruins or Chara from here, there’s no denying he did all he set out to do on Causeway and then some. He’ll return to the Garden in a different sweater in a few months, and that will be weird. It will take some getting used to, no doubt.

Chara also will return to the Garden in a few years, and he’ll get the recognition he truly deserves as his No. 33 is raised to the rafters to take its rightful place among the Bruins legends who cam before him, legends who established a winning culture in Boston, a culture Chara helped resurrect in an unforgettable decade and a half. 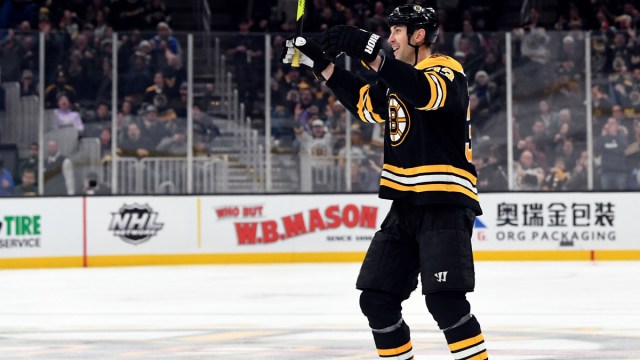 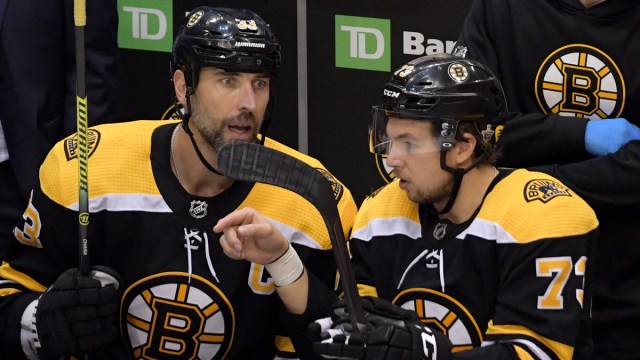