Boston Pride Preview: What You Need To Know Before Season In Lake Placid - NESN.com Skip to content

It’s been 10 months since the Boston Pride have played a hockey game, but that all changes Saturday afternoon.

Boston, as you may know, was slated to play for its second Isobel Cup, but the game against the Minnesota Whitecaps was canceled due to the COVID-19 pandemic.

But it is not something that Paul Mara is thinking about.

“We haven?t talked at all about last year,” Pride head coach Paul Mara said. “It?s done, we have eight new players and they don?t know what it was like last year. We can?t bring that back, we?re going (to Lake Placid) to win.”

Now the Pride and the rest of the NWHL will travel to Lake Placid to play a condensed season at historic Herb Brooks Arena. It will be a season unlike any other for many reasons — from no fans in the stands to playing five games to having the Isobel Semifinals and Final aired on a national television network.

Boston certainly has some unfinished business heading into the new season. Here’s what you can expect when games begin Jan. 23.

NEW FACES
The Pride welcomed eight new women to their roster in the offseason, including No. 1 overall draft pick Sammy Davis. The forward had a stellar career while at Boston University that was filled with plenty of accolades, including scoring the game-winning goal in the 2019 Beanpot Championship that gave the Terriers their first Beanpot title as a varsity club.

Davis already is building chemistry off the ice with her new teammates, which was showcased in December when she did 24 polar plunges in as many days to raise money and awareness for the Travis Roy Foundation.

“We have high expectations for her, as we do our eight rookies,” head coach Paul Mara said Tuesday. “We’ll put her in every situation where she can succeed.”

The veterans have done a good job to get the rookies up to speed during a non-traditional offseason.

“I think our veterans have been so welcoming since Day 1, and really showed us the way,” Turnquist said Tuesday, “And we are following in their footsteps and doing everything that they’ve told us. Just from Day 1 I’ve felt so comfortable on this team, and that makes a huge difference. It’s made me feel confident on the ice. And I think I can speak on behalf of the rookies and they all feel the same way, and that makes a huge difference.”

TIME FOR REVENGE
Boston came so, so close to locking up its second Isobel Cup, and the women have a bit of a chip on their shoulders as they head to Lake Placid.

?We definitely have a little bit of a chip on our shoulder, I would say,? Kaleigh Fratkin said Tuesday during the team?s media availability. ?Not being able to play for the Isobel Cup last year, I think for a lot of the returners, is something we?re still hungry for. I?d say we have this chip on our shoulder, but we?re also confident in the group that we have with the newcomers, the veterans. And we?re there to accomplish our mission. And that?s winning the Isobel Cup.?

The Pride’s lineup is stacked from top to bottom and certainly has the potential to continue last season’s damage — especially with their new additions and veteran players.

WHO TO WATCH OUT FOR
Sammy Davis, as previously mentioned, was drafted out of BU with the first overall pick in this year’s NWHL Draft. Her speed will be a welcome addition.

“She’s a fantastic skater, she brings high energy, she shoots the puck, she can stick handle,” Mara said. “She brings everything that a first overall pick warrants.”

Kaleigh Fratkin — Fratkin has been in the league since the very beginning, and proved she gets better as seasons go on with her league-leading 23 points last year, earning her Defender of the Year. She’ll certainly be itching for her first Isobel Cup, especially after how close she came just 10 months ago.

?We never got the chance to play the final game,? Fratkin said. ?We had a lot of momentum last season and built upon some great stuff, but there?s a lot of players in this locker room that are hungry to win the Cup.”

Jillian Dempsey — Dempsey, like Fratkin, continues to improve with each passing season, which only spells bad news for opponents. The forward won the Isobel Cup with the Pride in 2016, so it may be fair to assume she’s motivated to get that second one.

The puck drops Saturday at 4 p.m. ET. All games can be streamed on Twitch. 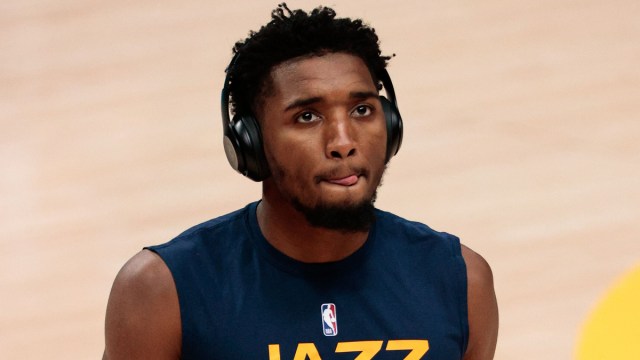 What’s Going On In This Bizarre Donovan Mitchell-Shaq Exchange? 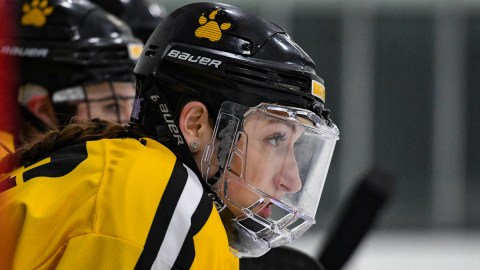