Kevan Miller hadn’t played in an NHL game for 651 days.

That changed Thursday when he took the ice for the first time since April 2019 in the Boston Bruins’ 3-2 shootout win against the New Jersey Devils.

It looked as if Miller hadn’t been rehabbing a twice-broken kneecap coupled with a myriad of setbacks. The defenseman was all over the ice, hitting guys who hit him and not backing down from making a big hit.

It’s been a long road back for the 33-year-old, to say the least, and Brad Marchand couldn’t say enough good things about his teammate after the win.

“It was awesome to see Millsy back,” Marchand said. “We all know how hard a road he’s had the last year-and-a-half. A lot of guys would have quit, would have just hung them up. With how hard he pushed to get back and what he had to go through and his resiliency, I think that’s what everyone was looking so forward to tonight was watching him back on the ice. From the second he stepped on the ice in training camp you could see that fire in his eye. It’s fun to watch him out there. He’s such a big part of our team, on and off the ice. It was great. We wanted to win for him tonight and it’s crazy how he does it. … He was unreal out there. He was his old self again.”

That was enough for Miller, though.

“Uncle, uncle,” he said. “Talk about yourself.”

Yes, Marchand scored the game-winner in the shootout, but he wasn’t about to make the moment about him when Miller finally was able to play with his team again.

“Everyone is pulling for Kevan Miller,” he said after the game. “He’s a well-liked teammate, well-respected defenseman in the league. .. I think the most important thing was to get him through (the game) healthy.”

As for Miller? Well, he’s just happy to be back in action.

Here are some other notes from Thursday’s Bruins-Devils game:

— Tuukka Rask looked solid in net, stopping 20 of the 22 shots that came his way, including two crucial stops in the final minute of 3-on-3 overtime.

“His game was excellent,” Cassidy said. “? I thought (he was) excellent in the shootout. I thought he looked midseason form, so to speak. Did not look like he was fighting (the puck) or not tracking it.”

Marchand also praised the goalie after the win.

“Even when the game is rough, he’s calm,” he said. “? Tuukka is one of the best goalies in the league. … That’s what we need out of him if we want to go all the way this year. He was a big part of the win.”

— Trent Frederic had himself a productive game with two shots and a takeaway in 10:44 time on ice.

“I thought he had a solid game for us,” Cassidy said.

— Two Devils players were whistled for goaltender interference after colliding with Rask. But did they do so to try to get under the goalie’s skin?

“I don’t know,” Rask said. “I hope not because we play them seven more times.”

— Nick Ritchie had several good looks Thursday, and it’s shocking only one of his four shots on goal went in.

— The Bruins take on the Devils for the second time Saturday afternoon at 1 p.m. ET. 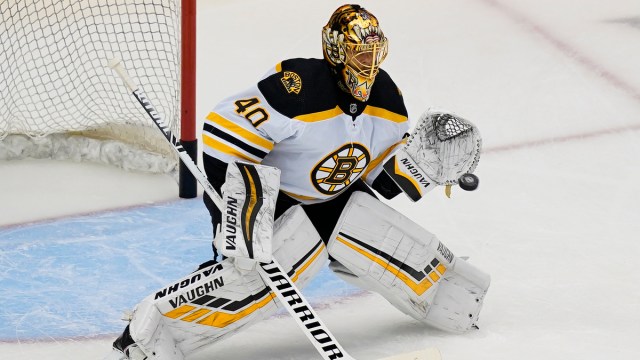 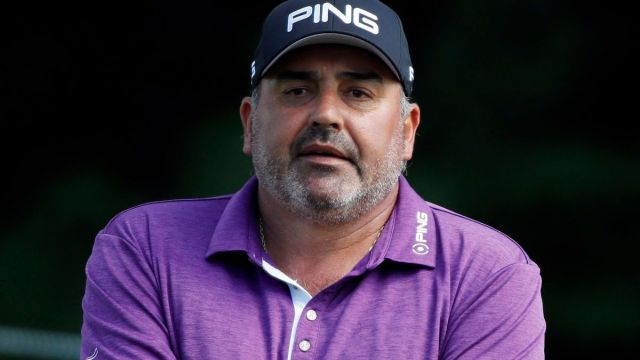