The latest chapter of the Celtics-Lakers rivalry did not disappoint.

Well, unless you’re the Boston Celtics, who on Saturday lost 96-95 to the defending NBA champions at TD Garden.

But there’s not much that could be done about Anthony Davis, who had a first-half double-double and ultimately finished the game with 27 points, 14 rebounds, two assists and two steals.

Oh, and then there’s LeBron James, who finished with 21 points with seven rebounds and seven assists. The Lakers improved to 15-6.

The Celtics, meanwhile, drop their second straight to fall to 10-8.

WE HAVE OURSELVES A BATTLE
Niether team could create any real separation throughout the first quarter, with the L.A.’s largest lead being just four points.

But for all the talk about how how poor the Celtics’ defense has been playing, the first quarter against the Lakers was solid as they recorded three steals and forced three turnovers.

Smart was a factor facilitating, racking up three first-frame assists.

And Theis contributed all over, leading Boston with 10 points, three rebounds, an assist, steal and block.

Davis almost had a double-double in the first, leading the game with 12 points and eight rebounds after one. James had five points for Los Angeles.

THE BROW IS BALLIN’
Los Angeles cruised out to a 10-point lead within the first few sequences of the second, instigating a Brad Stevens timeout five minutes in.

The run was aided by a 1-for-6 shooting performance from Walker on Boston’s offensive end.

Tatum picked things up for Boston on offense before things got out of hand, though, leading the team with 16 points at the end of the half.

With the help of him and Brown, who also stepped up his scoring in the second and hit a 28-foot triple at 1:47, Boston tied things up at 47-all.

Brown had 13 points in the first, and Smart did a lot of the little things to keep the Celtics in it on both sides of the floor.

But thanks to a three-point play after an exceptional drive from James, the Lakers led 52-49 entering the break despite shooting 30.8 percent from beyond the arc.

CREATING SEPARATION
Brown hit the Celtics first three shots of the quarter, and with a Tatum basket assisted by Smart, Boston took a 58-57 lead early in the half.

And since he started ramping up in the second, the Lakers really had no answer for Brown, who had a team-high 24 points by the end of the stanza.

Then again, it’s not like Boston could really do anything about Davis, and he ended the quarter with 25 points and 12 boards.

Fortunately, Robert Williams and Theis added 10 and 14 points, respectively to balance things out.

Boston enjoyed their largest lead of the game to that point, and outscored the Lakers by 10 points to end the quarter up 78-71.

DOWN TO THE WIRE
The Lakers scored eight straight points to open the fourth, as Marcus Smart went to the locker room with what appeared to be a calf injury, which allowed Los Angeles to cut the deficit.

It was back-and-forth through the middle of the quarter, but the Lakers benefitted from the late momentum outscoring the Celtics 25-17 to close out the game at 96-95.

The Celtics climbed back and it came down to the final possession, but Kemba Walker missed the game-winner.

UP NEXT
The Celtics begin a five-game road trip on Tuesday with a clash against the Golden State Warriors at 10 p.m. ET.

After that, they’ll travel to play the Sacramento Kings, L.A. Clippers, Phoenix Suns and Utah Jazz. 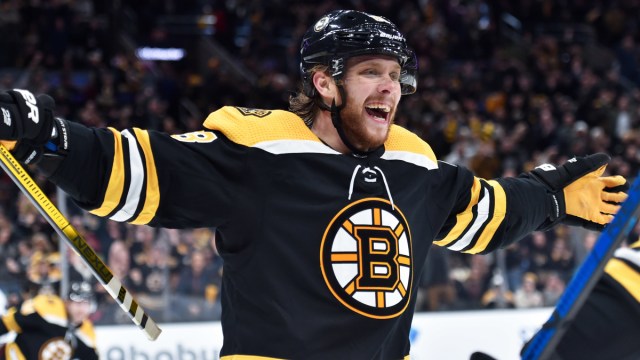 David Pastrnak Returns To Ice In Style, Despite Bruins’ Loss Vs. Capitals 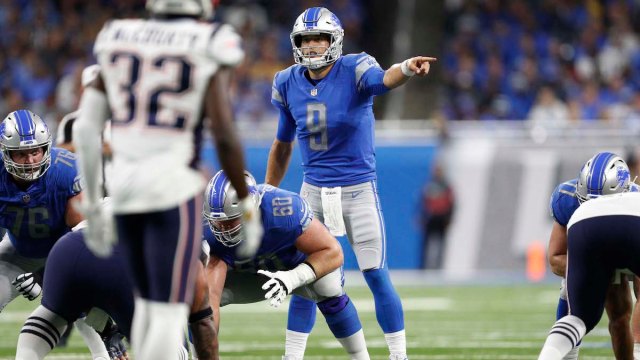