Supporters of President Donald Trump stormed Washington D.C. and the Capitol building Wednesday as Congress prepared to officially certify the electoral college votes affirming Joe Biden as the next president of the United States.

The historic events captured the nation’s attention, including many in the NBA. Doc Rivers, for one, was not pleased with what he saw.

The 76ers head coach offered a pretty blunt assessment of Wednesday’s events as Philadelphia prepared to host the Washington Wizards. And he drew attention to one issue in particular.

“It’s pretty disturbing and sad,” Rivers told reporters during his pregame video press conference, via Sports Illustrated. “What’s it not, is I keep hearing ‘This attack on democracy.’ It’s not … Democracy will prevail. It always does. It shows a lot though. When you saw protests in the summer, you saw the riots or more the police, the national guard, and the army. And then you see this and you saw nothing. It basically proves the point about a privileged life in a lot of ways.”

“I’ll say it because I don’t think a lot of people want to — could you imagine today if those were all Black people storming into the Capitol and what would’ve happened? So, that to me is a picture that’s worth 1,000 words for all of us to see and probably something for us to reckon with again. No police dogs turned on people. No billy clubs hitting people. People being peacefully escorted out of the Capitol. So, it shows you can disperse a crowd peacefully, I guess would be one thing. It’s a sad day in a lot of ways. Not good for our country more across the borders that people see this. But it’s a part of who we are and so we have to solve it.”

The NBA and NBPA reportedly did not hold any formal discussions about postponing games as a result of Wednesday’s events. 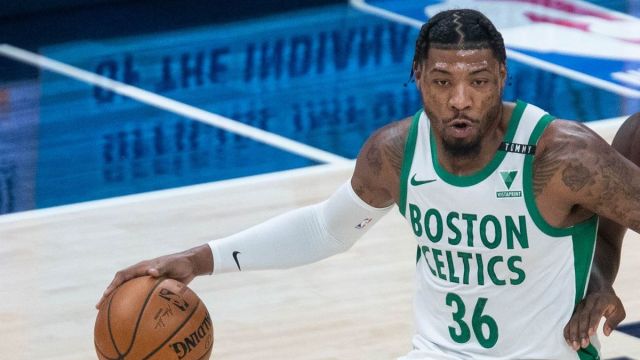 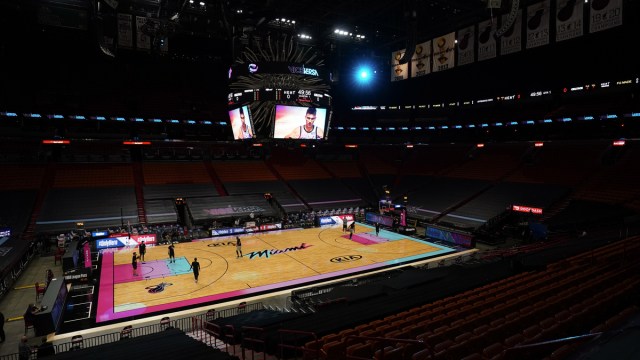 Celtics, Heat Walk Off Court Together In Wake Of Unrest In Washington D.C.