How Revolution's Matt Turner Can Strengthen His USMNT Position In 2021 - NESN.com Skip to content

Matt Turner might be days away from debuting with the United States men’s national soccer game and some kicks away from staying there.

Team USA head coach Gregg Berhalter discussed Monday during a press conference the improvement the United States and New England Revolution goalkeeper has made in the last year and outlined how he can boost his international prospects. Turner has performed well enough at Team USA’s January camp to earn a spot on the roster for Sunday’s exhibition game against Trinidad and Tobago. The fact Turner is in position to play for the U.S. and might even start in what would be his debut is a testament to his improvement as a player.

“Turner has certainly improved,” Berhalter said via Zoom, per Trifectanetworksports.com’s Tanner Rebelo. “I think it’s night and day compared to him last January camp. He had, I think, the reflexes last January but now his whole game has improved and you can see he has gained confidence, and that whole season behind him has really improved him. He is looking sharp.

“In the games he has made some big saves and that rally is a hallmark of what we know Matt to be able to do is the big save ability. He needs to continue to work with his feet, continue and improve and build up from the goalkeeper. But he is doing a great job. We are really happy with him.”

Turner was the Revolution’s Team MVP in 2020 and finished second in MLS Goalkeeper of the Year voting. The new contract he signed with New England last week likely will tie him to the club for years to come.

If uses that time to heed Berhalter’s advice, he might supplant Zack Steffen and other contenders as Team USA’s No. 1 goalkeeper. 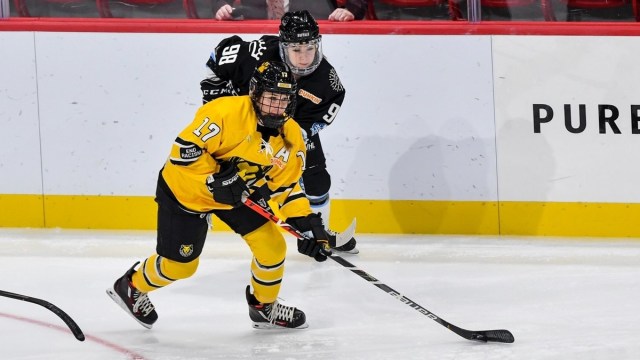 Boston Pride Roundup: What You Need To Know From Opening Weekend