The NFL’s 2020 regular season is just about in the books, and it means many coaches have served at the helm of their final game with the franchise.

As you may recall, we kept a running tally of NFL Hot Seat Rankings throughout the campaign. Some, like former Houston Texans head coach Bill O’Brien and Philadelphia Eagles quarterback Carson Wentz proved to come true, but there actually weren’t a lot of mid-season firings.

Now, though, with Black Monday on the horizon, we’re expecting that to change. Here’s a look at eight head coaches and coordinators who all could (and probably should) lose their jobs.

8. Raheem Morris, Atlanta Falcons interim coach
Morris took over for Dan Quinn when he was fired early into the season, but we’re expecting the Falcons to look elsewhere for their next head coach. Morris interviewed for the job, but 4-7 record to conclude the campaign shouldn’t invoke too much confidence.

6. Vic Fangio, Denver Broncos head coach
The Broncos finished the campaign 5-11, Fangio’s second season as head coach and second season below .500. John Elway doesn’t seem like the type of owner to stand pat when things are going wrong, so we wouldn’t be totally shocked to see Fangio head for the exit.

5. Romeo Crennel, Houston Texans interim coach
Crennel was dealt a tough hand after stepping in for Bill O’Brien, the head coach and general manager who was fired after Week 4. Crennel, though, didn’t do a whole lot to invoke confidence as the head coach with the Texans finishing 4-8 on the season with one of the worst defenses in NFL.

4. Mike Nolan, Dallas Cowboys defensive coordinator
Head coach Mike McCarthy isn’t going anywhere just yet and offensive coordinator Kellen Moore just signed a three-year extension. There’s changes coming in Dallas, but it’s going to be on the other side of the ball. Nolan didn’t deserve the job in the first place, and with Dallas finishing as one of the worst defenses in the league, he should pack his bags.

3. Doug Marrone, Jacksonville Jaguars head coach
The Jaguars haven’t gone .500 in the last three seasons with a combined 12-36 record during that span. There’s already been rumors swirling that Urban Meyer could be the next head coach in Jacksonville. And with the Jaguars having the No. 1 overall pick in the 2021 NFL Draft (likely Trevor Lawrence), it’d be wise to bring in a new coach to help the franchise start over.

2. Anthony Lynn, Los Angeles Chargers head coach
The Chargers were dealt their fair share of injuries during the 2020 season, but the fact is that Lynn underachieved with a talented team. He and the rest of the Chargers staff should be sent away so they can’t further impact Justin Herbert.

1. Adam Gase, New York Jets head coach
Update 9:15 p.m.: The deed is done. Gase, who was ranked No. 1 on our Hot Seat Rankings throughout much of the season, was fired Sunday night after two seasons as the head coach in New York. Gase went 9-23 during those two seasons. 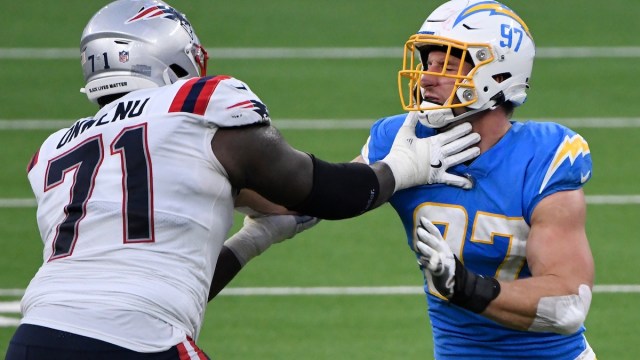 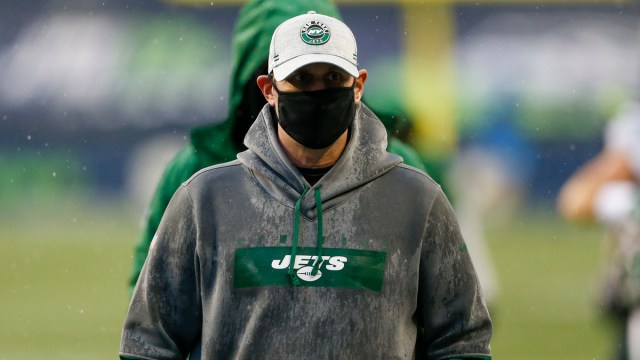