It certainly wasn’t easy at times, but the NFL managed to make it through the 2020 regular season.

Now, it’s time for the real games to begin.

The 14-team playoff field is set, and 12 of those clubs will be in action over the course of Super Wild Card Weekend. With the first wave of postseason games set for Saturday, we tasked members of NESN’s Digital team with predicting the Super Bowl LV matchup and champion.

Here are their picks:

Pittsburgh Steelers over New Orleans Saints
The Steelers’ offense struggled at the end of the regular season. But as they say, defense wins you Super Bowls, and Pittsburgh was playing better football in its final games. The Saints will be no easy task, especially with Alvin Kamara on offense, but the Steelers’ D will be the difference-maker in Super Bowl LV. — Lauren Campbell

Green Bay Packers over Kansas City Chiefs
Really going out on a limb, huh? Sure, it’s a boring chalk bet ? backing the two No. 1 seeds ? but it’s hard to make a case for anyone toppling either of these teams in their respective conference, and the Packers hold a slight edge in the star-studded showdown thanks to their advantage in the trenches. Green Bay’s offensive line ranks No. 1 in pass block win rate and run block win rate, per ESPN Analytics, consistently keeping Aaron Rodgers upright while also opening running lanes for Aaron Jones and Co. Sprinkle in the Packers? other impact players at key positions ? including wide receiver Davante Adams, edge rusher Za’Darius Smith and cornerback Jaire Alexander ? and this feels like the year Wisconsin?s beloved No. 12 finally secures his second ring. — Ricky Doyle

Tampa Bay Buccaneers over Tennessee Titans
Tennessee matches up well against Buffalo, Kansas City and Baltimore, who rank 30th, 21st and 15th, respectively, in rush defense on Pro Football Focus. Even the Steelers, who haven’t had a bye week since Week 4, are a solid matchup since they’re exhausted and their rush defense is the eighth-worst in terms of yards allowed per play since Week 9. Derrick Henry will have no problem setting the pace against those teams. Tampa Bay has the most complete team in the NFC. The Bucs rank second in yards per play differential, are elite at every offensive position, have a ferocious pass rush and boast the league’s best run defense. Their biggest weakness is New Orleans, but I don’t see the Saints beating the Bucs three times in a season. The Bucs will use their stout rush defense to contain Henry in the Super Bowl, and Tom Brady will win his seventh ring. — Andre Khatchaturian

Buffalo Bills over New Orleans Saints
I think it’s a two-horse race in the AFC, as the Bills and Chiefs seemingly are the only teams in the conference without a glaring flaw. The field is a bit more competitive in the NFC, but the Saints arguably are the conference’s most complete team, led by a savvy veteran quarterback with a championship pedigree.

Buffalo knows it can hang tough with the reigning Super Bowl champs. The sides turned in a competitive battle back in mid-October, well before the Bills’ offense started firing on all cylinders and the defense rounded into form. I believe the Bills will upset the Chiefs in the AFC Championship Game before outlasting the Saints in a shootout at Raymond James Stadium. — Adam London

Tampa Bay Buccaneers over Buffalo Bills
Tampa Bay?s offense seems to be clicking at the right time and there are just too many options available for Tom Brady for him to fail. The Bucs also boast a solid defense to back Brady up. Buffalo has looked good all season, led by Josh Allen and a solid defense of its own, but Brady?s pursuit of ring No. 7 might be too big of a hump for the Bills to get over. — Pat McAvoy

Kansas City Chiefs over Green Bay Packers
Yeah, not a whole lot of fun with this one. But it’s tough to overlook the two No. 1 seeds, especially with a first-round bye meaning even more this year despite home-field advantage potentially not being as impactful with limited or no fans in attendance. Aaron Rodgers has been on another level with head coach Matt LaFleur this season, and I just can’t see anyone being able to stop Rodgers or receiver Davante Adams. In the AFC, the defending Super Bowl champions have the best quarterback in the game and an arsenal of weapons that continue to prove tough for opponents to defend. The 14-2 Chiefs did have a few low performances to end the season (Atlanta, Denver), but their ability to win ugly games will prove a solid lesson entering the postseason. — Sean McGuire

Green Bay Packers over Buffalo Bills
I love Josh Allen, but not so much to think that he’s going to be able to outclass the runaway freight train that is Aaron Rodgers and the Packers. — Logan Mullen

Kansas City Chiefs over New Orleans Saints
I tried to talk myself into teams such as the Bills, Saints and even the Colts, but we shouldn’t overthink this. In what was a bizarre, whirlwind of an NFL season, there was one constant: The Chiefs, led by Patrick Mahomes, far and away are the best team in the league. They are no ordinary defending champion — they will take care of business for a second season in a row. — Dakota Randall

Green Bay Packers over Pittsburgh Steelers
I really wish I could be more creative here, but the Packers’ explosive offense coupled with its defense rounding into form has a lot of experts picking Green Bay. So, put me in that group. As much as fans fawn over Tom Brady, Drew Brees and Patrick Mahomes, I always feel like we tend to take Aaron Rodgers for granted. (And Russell Wilson, too, but Seattle isn’t balanced enough for me to pick them here.) There will be no taking Rodgers for granted when he hoists Lombardi Trophy No. 2. — Ben Watanabe 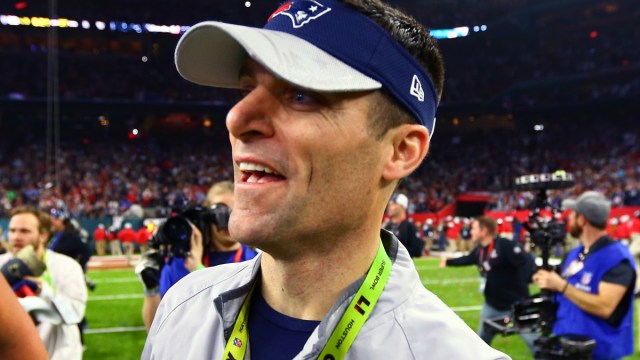 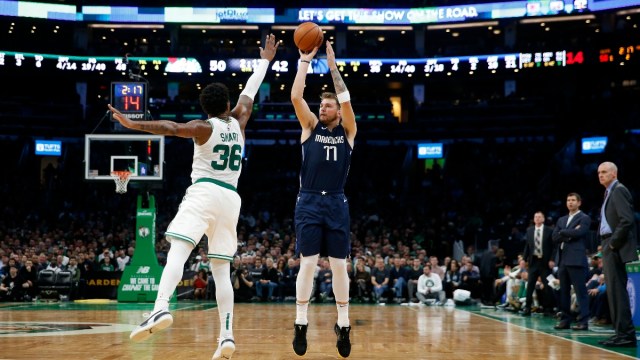