The New England Patriots are in serious jeopardy of losing one of their best players over the offseason.

Joe Thuney is bound for free agency and is likely in store for a monster payday. The 2016 third-round pick over the past few seasons has established himself as one of the best interior offensive linemen in all of football.

Thuney played under the terms of the franchise tag in 2020, which came to the surprise of many. The 28-year-old was viewed as a realistic trade centerpiece after it became clear he and the Patriots weren’t going to work out a contract extension.

So, why did New England elect to franchise Thuney instead of capitalizing on his trade value? According to NFL Network’s Michael Giardi, the move might have been made in hopes of keeping Tom Brady in Foxboro.

It’s fair to question whether this actually was the motive behind issuing Thuney the franchise tag. The Patriots surely would have had to pay Brady significant money had he re-signed and Thuney’s tag was worth nearly $15 million. Paying both players top dollar would have been near-impossible.

Regardless, there’s no sense in dwelling on New England’s decision to retain Thuney for the 2020 season. The Patriots must focus on putting together a formidable O-line for the 2021 campaign, especially when you consider a new quarterback likely will be under center. 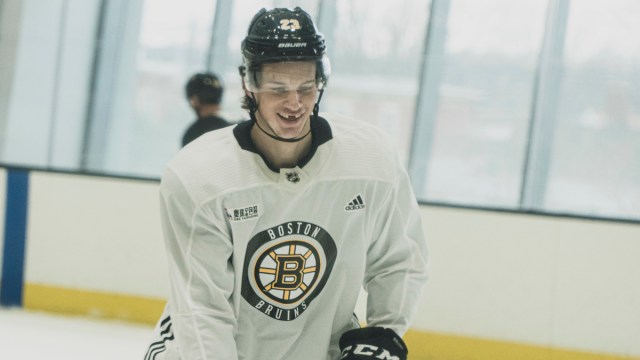 Bruins Lines, Pairings In Practice On Eve Of Season Opener 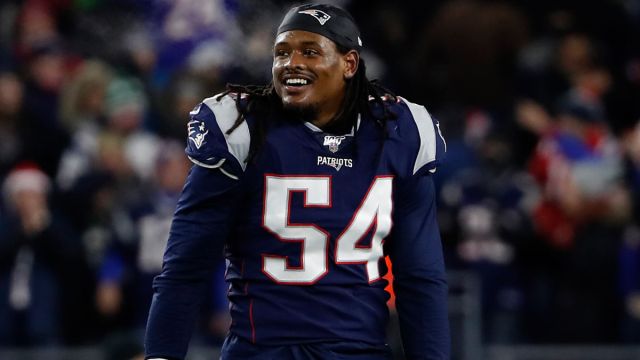 ‘All’ Patriots Opt-Outs Reportedly Could Return Next Season