The Patriots’ top personnel executive is exploring opportunities outside of New England.

Patriots director of player personnel Nick Caserio is set to interview Tuesday for the Houston Texans’ general manager position, according to a report from John McClain of the Houston Chronicle.

McClain reported Caserio, who’s been with the Patriots organization since 2001, “could be emerging as a leading candidate” for the job.

The Texans sought to interview Caserio for their GM vacancy after the 2018 season but dropped their request after the Patriots filed tampering charges. Former Patriots character coach Jack Easterby served as Houston’s interim GM this season after the team fired head coach/GM Bill O’Brien, another New England alum.

Houston boasts one of the NFL’s top quarterbacks in Deshaun Watson but finished 4-12 this season and lacks the resources necessary to quickly replenish its roster. The Texans rank near the bottom of the league in available salary cap space, and their first- and second-round picks in the 2021 NFL Draft — including the No. 3 overall selection — belong to the Miami Dolphins after being included in last year’s Laremy Tunsil trade.

Caserio, who’s been in his current role as Bill Belichick’s No. 2 since 2008, also has other suitors this offseason. The Carolina Panthers reportedly requested to interview him for their GM opening. 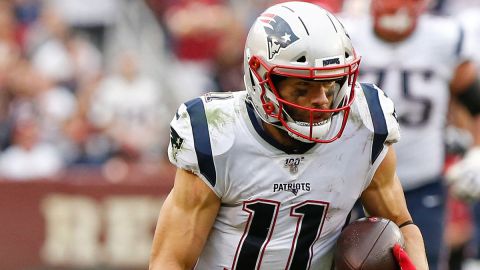