Here’s yet another remarkable aspect of Tom Brady’s 10th trip to the Super Bowl.

ESPN’s Bill Barnwell ranked the Tampa Bay Buccaneers quarterback’s path to Super Bowl LV as the most difficult of his legendary career. Counting the Kansas City Chiefs, whom Tampa will face in the Super Bowl, the 2020 Buccaneers’ playoff opponents have an above-average winning percentage, .719, compared to Brady’s nine previous trips to the Super Bowl with the New England Patriots. However, the quality of quarterback Brady has taken on during the postseason sets this Super Bowl run apart from the others.

“That slate of quarterbacks (from the 2004 Patriots’ run), however, doesn’t compare to what Brady has faced and will face this season,” Barnwell wrote. “… Brady will have faced three no-doubt Hall of Famers. (Patrick Mahomes could retire tomorrow and get in.) (Drew) Brees was a shell of his usual self in the Superdome, but the rookie version of (Ben) Roethlisberger whom Brady faced in 2004 wasn’t at his peak, either. All three of the Bucs’ playoff games were also on the road, matching Brady’s combined total from his first nine Super Bowl runs.

“Washington drags down that combined record, too; throw it out (since the Pats didn’t play a wild-card round game in their nine trips with Brady) and the three teams the Bucs will have to beat to win a Super Bowl posted a combined record of 39-9, good for an .813 win percentage. It’s an incredible accomplishment for the Bucs to get as far as they have, even if they come up short at home against the Chiefs in two weeks.”

If the Bucs lose to the Chiefs in Super Bowl LV, it won’t diminish the scale of Brady’s accomplishment in his first season in Tampa. However, if the Buccaneers win the big game, increasing Brady’s haul of Lombardi Trophies to seven, it might be his most GOAT-esque feat. 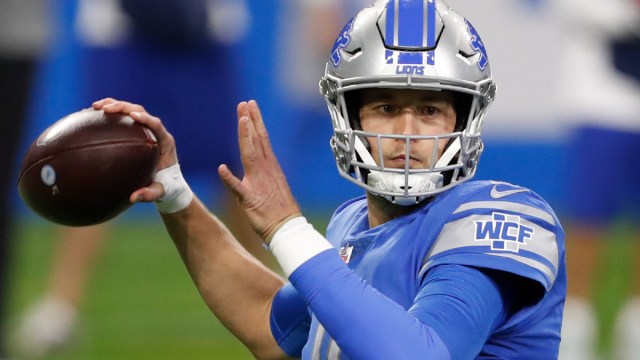 NFL Rumors: Matthew Stafford ‘Has His Eyes On’ This Team After Trade Request 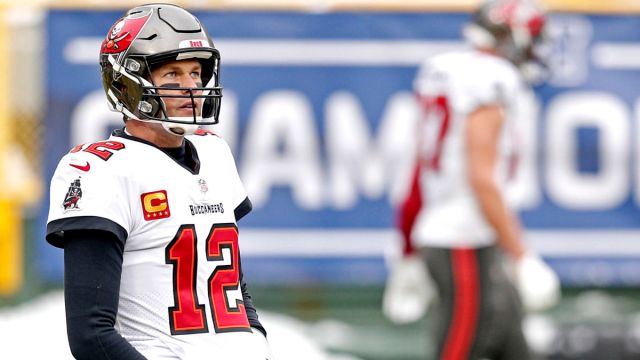