The NHL’s 2020-21 season officially begins Wednesday, but there are a slew of questions surrounding how it will fare due to COVID-19.

The league itself has health and safety protocols in place. But so does the NBA, and fans are seeing just how the pandemic has impacted the season not even a month in.

The NHL realigned its divisions in order to reduce travel for teams, which certainly will help in some regard. Patrice Bergeron knows, though, that it’s on the players to be responsible so the season can go on without issues.

“It’s going to be on us to make sure we make this thing work,” the Boston Bruins captain told reporters Tuesday. “? If it does happen, it’s two weeks and in a short season like this, it makes a big difference. It’s going to hurt you.”

Boston, along with the rest of the NHL, will play 56 games as opposed to a normal 82.

The top four teams in each division will reach the Stanley Cup Playoffs, so there will be little room for error for players if they want to remain healthy and out of quarantine protocols for the season. 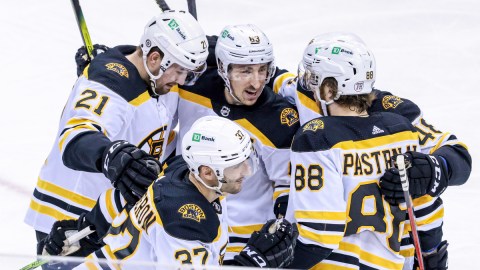