The Patriots clearly didn’t enter the offseason planning to exit it with Cam Newton as their starting quarterback.

New England’s offseason truly began in March when Tom Brady elected to leave the Patriots to sign with the Tampa Bay Buccaneers. After that, the quest began to find someone — anyone — to replace the greatest quarterback in NFL history.

That journey ultimately led Bill Belichick to Newton, whom he eventually developed a good relationship with. However, sometime before Newton signed a contract in late June, the Patriots reportedly kicked the tires on a potential trade for then-Carolina Panthers quarterback Kyle Allen, who eventually was dealt to Ron Rivera and the Washington Football Team.

Boston Sports Journal’s Greg Bedard on Sunday published a column about competition the Patriots could face this offseason in finding a new quarterback, should Newton indeed leave town. His blurb about Washington was particularly noteworthy.

… Allen could be available, and the Patriots explored a trade for him from Carolina in the offseason before his former coach, Ron Rivera, beat them to the punch.

Allen, 24, would have been an intriguing option. Undrafted out of Texas A&M, Allen occasionally impressed in 2019, going 5-7 and throwing 17 touchdowns (plus 16 interceptions) while filling in for an injured Newton. At the very least, Allen displayed a potential ceiling as a starting-caliber NFL quarterback.

Allen started four games in 2020 for Washington, but his season was cut short after suffering a gruesome leg injury in Week 9 against the New York Giants.

As for whether the Patriots again would consider exploring a trade for Allen, your guess is as good as ours. Though, at this point, there figure to be far better options in what will be one of the most important offseasons in Patriots history.

Does Julian Edelman Hint At His 2021 Plans In End-Of-Season Instagram? 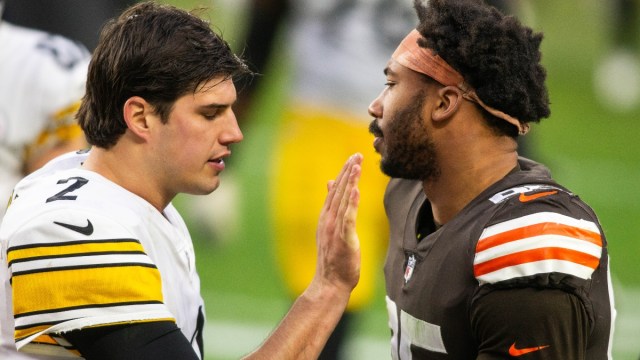 What Myles Garrett, Mason Rudolph Said To One Other After Steelers-Browns 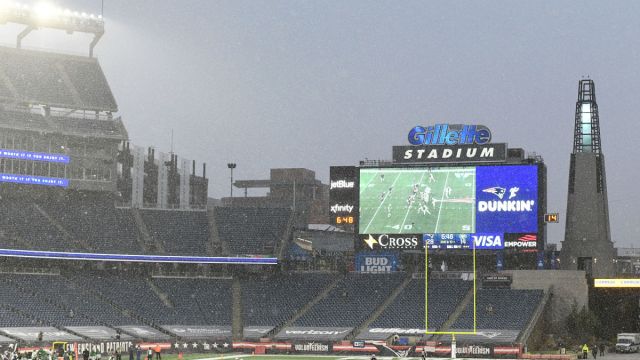