Who Cam Newton Was Waving To In Stands Late In Patriots' Win Over Jets - NESN.com Skip to content

Pretty much no one was at Gillette Stadium for New England Patriots games this season, for obvious reasons.

An exception, however, was the End Zone Militia and Patriots cheerleaders. So, Cam Newton wanted to give them some recognition during Sunday’s game.

Late in the Patriots’ win over the New York Jets, Newton was spotted waving into the crowd and launching a ball. After the game, he revealed who the intended targets were.

“They are my partners — my folks up at the top top that was shooting the guns,” Newton said. “Yeah, I better watch out. Don’t be saying too many crazy things about them because I have the shooters stashed away at the top of the stairs. I’m just messing with you. No, the cheerleaders and guys, the end zone militia. They was all the way at the rafters. I tried to throw them a ball after the touchdown. It didn’t get there. But I still get an E for effort for that, though.”

A nice salute from Newton who might have — or might not have! — played his final game for the Patriots in Week 17. 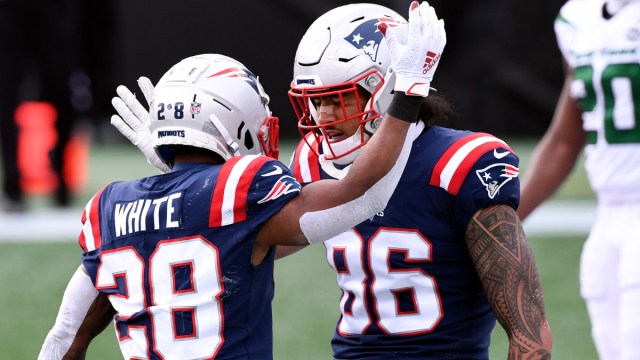 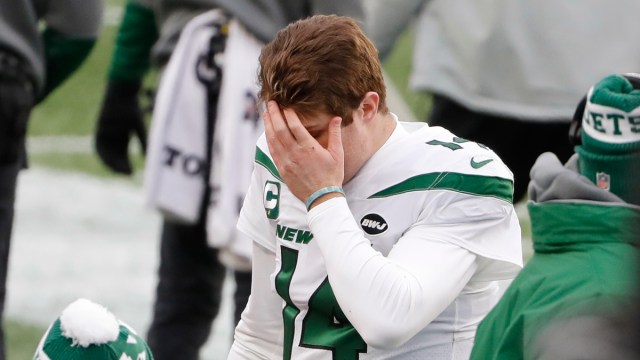 How Does Sam Darnold Feel About Down Season? Jets QB Offers Self-Assessment