It’s hard to properly judge the Boston Red Sox bullpen in 2020 because the plan was never for them to work as much as they did.

Boston led the league in relief innings last season, a distinction that wasn’t a reflection of innovative pitching management, rather a historically bad starting rotation. Don’t let the ‘pen off the hook, either, though. Only four teams had a worse collective wins above replacement from their bullpens in 2020.

Some of that is overuse, though. There’s reason to believe the starting rotation will be better in 2021, and if that’s the case, the bullpen should also be better. Alex Cora is also back at the helm, and he proved to be fairly adept at mananging the bullpen in his two seasons as Sox manager.

There are question marks, no doubt, but as Red Sox pitchers and catchers get started at spring training, improvement across the staff will be the No. 1 reason if Boston gets out of the cellar.

Assuming full health, here’s what the Red Sox bullpen should look like when the season begins:

This largely is the same group Boston used a year ago with two notable additions. The Red Sox essentially bought Ottavino (and a prospect) from the Yankees. His 5.89 ERA certainly stands out, but a 3.52 FIP suggests he might have been a little unlucky, as does his 12.5 percent home run-to-fly ball ratio. If he can keep the ball in the park and continue to strike out more than 12 batters per nine innings, he should be a valuable addition.

The other new face is Sawamura, whom the Red Sox signed to a two-year deal last week. He has some serious stuff, featuring a fastball in the upper 90s and a devastating splitter. If he’s the same pitcher he was in Japan, he might be a steal.

Brandon Workman and then Barnes closed games in 2020, for whatever that’s worth on a team that won two of every five games. Cora on Thursday declined to name a closer, opting to see how spring training plays out before making a decision. Barnes probably will be in the conversation along with Ottavino and Sawamura. Even someone like Hernandez could and should get a look.

BEST-CASE SCENARIO
Again, this discussion begins with the starting pitching. The best-case scenario is Red Sox starters consistently work into the sixth and seventh inning every night, limiting the workload and allowing Cora to leverage his relief arms in the late innings. Ottavino rebounds and regains the form he showed in Colorado and his first season in the Bronx. Hernandez takes the next step in his progression and becomes one of more uncomfortable left-handed at-bats in baseball. Phillips Valdez — one of the bright spots a year ago — proves his performance wasn’t a fluke and settles into a mid-relief role. Barnes, Brasier and Sawamura all give Cora depth and dependable late-inning options every game, allowing the manager to cycle through arms without burning them out.

WORST-CASE SCENARIO
More of the same from the starters forces Cora to go to the bullpen early. As a result, the relievers’ strengths aren’t leveraged and they become exposed in what’s basically mop-up duty. Ottavino’s home run issues get even worse pitching at Fenway. Hernandez yet again struggles to throw strikes to the point where he can’t be relied upon to get big outs. For whatever reason, Sawamura’s stuff doesn’t translate to the American game, and he’s used in low-leverage situations only. A bunch of average-at-best performances keep Cora from really finding any sort of comfort or groove, and he spends the season mixing and matching in an attempt to get it straight. Ultimately, the production — or lack thereof — makes it too difficult.

X-FACTOR
The unpredictable nature of a bullpen means anyone here could swing the performance. The temptation is to say Sawamura here, but let’s go with Hernandez. At his best, the 24-year-old is simply unhittable. Over two seasons now, the left-hander has struck out more than 16 batters per nine innings. Only Cleveland’s James Karinchak has struck out more batters per nine innings over the last two seasons among pitchers with at least 30 innings. The flip side? No one has walked more batters per nine innings than Hernandez in the same span. Despite that, he’s got a 2.87 career FIP, so if he can just threw a few more strikes, how good could he get? It feels like the potential is pretty darn high. But what if he doesn’t start to fix that? What if it gets worse? There’s a pretty sizable gap between Hernandez’s floor and his ceiling. A lot of the bullpen’s success could depend on where on that scale he lands in 2021. 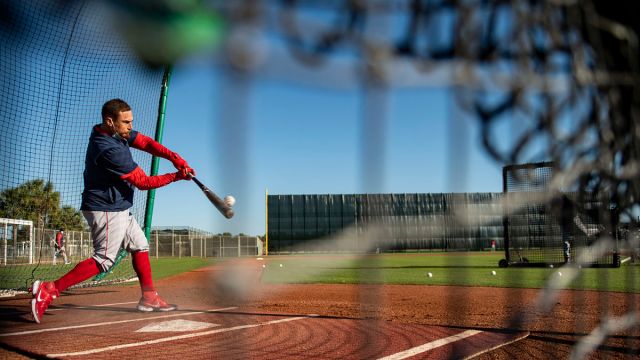 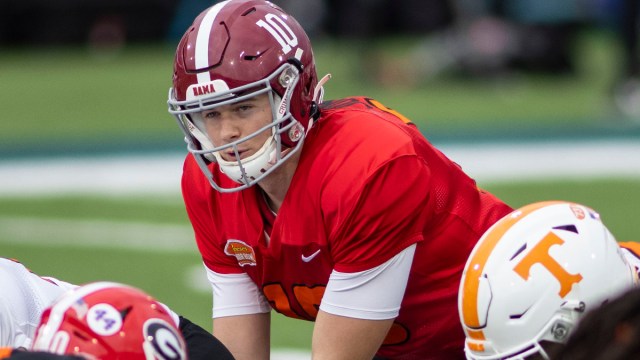