Celtics Notes: Is Inconsistency Boston's Identity After Loss To Pistons? Skip to content

The Celtics showed their best ball movement all season, following Boston’s win over the Toronto Raptors on Thursday night.

Coach Brad Stevens was encouraged by the 30 team assists, but said he’d feel more comfortable if the team could facilitate like that consistently.

It looks like he was right to pump the breaks before getting too excited, as in a 108-102 loss to the Detroit Pistons on Friday in the second game of the back-to-back, the Celtics had a season-low 15 assists.

Naturally, Stevens saw good things defensively — an area Boston has struggled most of this year with players like Jaylen Brown and Marcus Smart having to take on more offensive responsibility. But the offense couldn’t click at the same time.

“I thought we had moments where we had some great defensive possessions,” Stevens said in his postgame media availability.

“You know, we’re coming back in the fourth quarter, you know, we’re gritting our way through a lot of those defensive possessions. I thought (we) did a really good job with that. The thing that did not carry over from last night was the ball movement. And that made it difficult to find great looks. And as a result, I think we struggled. Now again, I want to give them credit, they were physical. They were into us. And again, they present some some matchup issues for us.”

Still, this inconsistency on the court and with who is available in the lineup on any given day has prevented Stevens (and everyone else) from seeing what this group can actually do.

With all the adversity from injuries and COVID-19 that the Celtics have faced this year, it’s hard to imagine how they even could get into a rhythm.

“There’s a lot of unknown, because we’re inconsistent, right?” Stevens said. “I think if we were more consistent as a team, there would be a lot more known. I think we’re capable. But you know, I think I’ve told you all this before, like, there’s a big difference between being consistent and being capable. Consistent, you know, wins out at the end of the day.

“And we’re not there yet. And that doesn’t again, I don’t want to take that away from Detroit, because they just flat beat us in a game where it was like just a gutted out game, it would have been a good win for us to figure out a way to win that game being down 13 and having to get stops and not, you know, having some shots come up short. We just couldn’t have enough. But the consistency is an issue. And we’ll continue to work on it.”

Here are some other takeaways from Boston’s loss to Detroit:

— Saddiq Bey was available when it was the Celtics’ turn in the first round of the 2020 NBA Draft.

Instead, they elected for Aaron Nesmith, who’s playing time thus far has been sparse and sporadic.

Bey, meanwhile, was a pest on the court for the Pistons. The rookie racked up 30 points and 12 rebounds off the bench.

“When we watched film this morning, we thought very much about (how) Saddiq Bey was 7-for-11 against us in the first two games,” Stevens said. “He was a huge emphasis. We just didn’t guard him well. But I think that I want to give Detroit credit like they, they’re a hard matchup for us. The big physical, all three games, we’ve struggled in big time.”

— Semi Ojeleye left the game toward the end of the third quarter and was ruled out for the remainder of the game.

Brad Stevens provided a bit of an update after the game about how he was walking around, but fingers crossed that it’s nothing serious. The Celtics certainly can’t afford to lose any more wings — especially with Ojeleye playing so well in his last two starts.

— The Celtics hit the road again. It’s just a quick trip this time, but the Celtics head down to Washington D.C. to face the Wizards for a 1 p.m. ET Valentine’s Day matinee on Sunday.

Then it’s back to Boston to host the Denver Nuggets before a two-game series against the Atlanta Hawks. 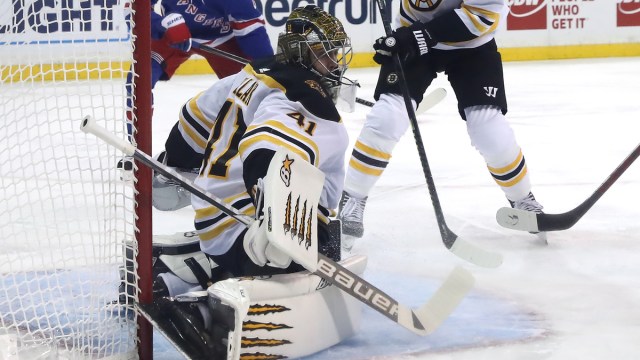 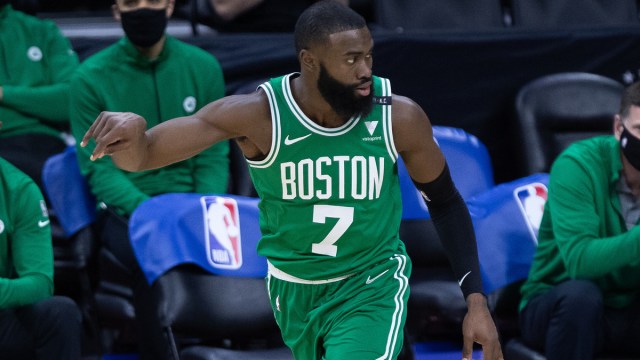 Celtics’ Jaylen Brown Avoiding ‘Getting Fined’ By Commenting On Nosebleed