The Boston Celtics needed a win. And Kemba Walker needed a game that earned them one.

We finally saw it Friday night, as Boston broke a three-game losing streak to pull out a gritty 118-112 win over the Indiana Pacers.

Things were spiraling downward early with the team down 14 points just five minutes in. Celtics coach Brad Stevens called a timeout and Walker came out of it like a man on a mission to get things back on track.

He never looked back from there, looking more like his old self than ever before this season.

“I just thought I don’t think we win the game without his will tonight,” Stevens said in his postgame media availability. “Like I think that no matter how everybody’s playing, when that thing was 18-4, he was the loudest voice, he willed us back into that thing. Now we’re back on our footing, we have a little bit of confidence, which had been shot right this week. And so that’s what that’s what really good players do. And that’s what veterans do. So guys that have been there, done that and done it for a long time do. And so I really thought he led us tonight.”

Walker had 32 points, six assists three rebounds and a steal in the game, and saved the day to create necessary separation with the Pacers perpetually breathing down the Celtics’ neck.

That’s the fifth time in his last seven games that he’s reached the 20-point mark, which certainly is a positive sign.

Walker’s play lifted those around him, and as a result, Boston finally managed to hold on through difficult stretches of the game and pull out the win.

“Hopefully we can continue to play like this, the way be played tonight, with some consistency and some some togetherness,” Walker said. “We just stayed together, you know. Especially when, early on in the game when those guys started off hot. We didn’t put our heads down, we just kept building each other up.”

We’ll see if this is something that can be kept up consistently. That’s what has been the real issue all year.

Here are a few other notes from Boston’s win over Indiana:

— Jaylen Brown had 15 points, and Jayson Tatum added nine. That isn’t lighting up the scoreboard by any means, but they contributed in other ways.

Brown had seven rebounds and five assists, and Tatum pulled down nine boards, four assists and a block.

Still, it was nice to see the scoring come from elsewhere.

“You know, those guys aren’t always going to be able to do what they’ve done and so we do have to pick up for them,” Stevens said. “So yes, it was good. But it’s just nice to get a win this week.”

— The Celtics showed improvement in areas that have been needing improvement: bench scoring and getting to the free throw line.

“We don’t need that scoring every single night, but we need the way that they played every night,” Stevens said of the unit.

“I was really happy for Jeff. This has not been an easy transition for him. He didn’t play the way he wanted to or didn’t feel good about it, but he’s been putting in as much work as any of our young players over the last two weeks and I think that’s showing and paying off.

“Especially offensively, I thought he was great tonight. Payton was really good. He was really engaged. And Robert, you know, gave us with what certainly he’s capable of giving us.”

— As mentioned, the Celtics were 25-of-29 from the line. That was a welcome change, as it showed some aggressiveness on offense.

That’s what Stevens was going for with his rotations Friday night.

“We need everybody that that can attack to attack, I’ve said this before,” Stevens said. “And one of the reasons ,again, why we went with Teague is just we just need more shot creation. And it doesn’t necessarily mean shots for them or free throws for them. It’s the ability to get into the paint and sink the D and make the right play and I think that that’s you know something that has not been as consistent for our team.”

— The homestand at TD Garden continues for two more games. The Celtics will host on the Washington Wizards on Feb. 28, tipping off at 7:00 p.m. ET. 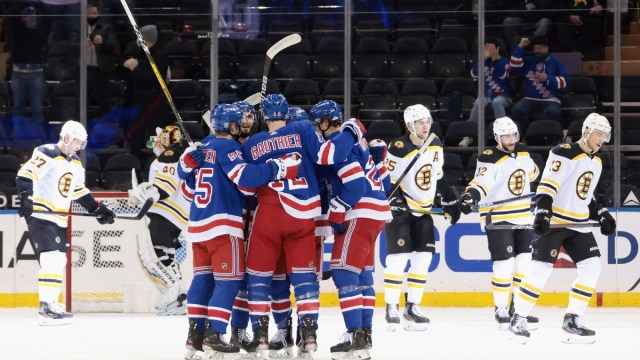 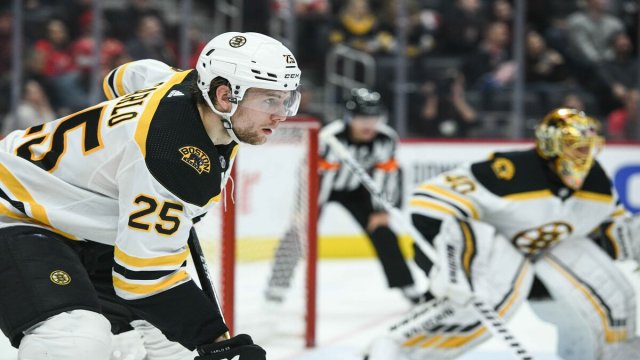