The Team Penske driver finished fifth in Sunday’s NASCAR Cup Series race at Daytona International Speedway Road Course, but he does not believe the sport provided a good product. The final 14 laps of the once-clean race saw four cautions, most of which were caused by drivers at the rear going all-in to move up in the field.

But, according to Keselowski, NASCAR stock cars don’t lend themselves to go-for-broke road racing, nor do the sport’s rules.

Check out these recent comments, via Motorsport.com:

“I think the tough part here is the reality is a stock car is not meant to race on a road course and there are some compromises that are made across the board. There’s some limitations that come with that, not just for how the drivers drive the car, but with how NASCAR officiates the race.

“I think part of what people love about watching us race on road courses is the fact that the cars drive so incredibly awful bad that it can sometimes make for a very compelling race because there are a ton of mistakes.

“I think normally you don’t see that at most types of NASCAR racing, so with that in mind the cars not being made for the track, there are some considerations that NASCAR has to make that I’m sure they would rather not make.”

Added Keselowski: “The alternative is we could go back and run more short tracks. I think I would be OK with that, but as of now that’s not the way the pendulum has swung, and we’ll have to reap what we sow.”

Whether Keselowski has a point is for you to decide.

Regardless, there are six more road course races on the 2021 Cup Series calendar. 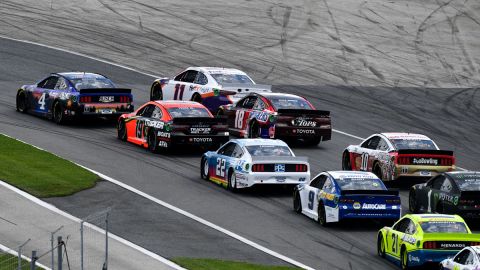