Kemba Walker is trending in the right direction, and head coach Brad Stevens can see it.

The Celtics point guard played a season-high 31 minutes Tuesday night, his seventh game this campaign, and helped Boston earn a 111-107 win over the Golden State Warriors.

Walker finished with 19 points on 6-for-18 from the floor. But he did so while chasing Golden State point guard Steph Curry on the defensive end and contributed seven rebounds, five assists and zero turnovers.

“His spirit was really good,” Stevens told reporters, as seen on NBC Sports Boston’s postgame coverage. “You could tell he was waiting for another chance to play. I thought he did a good job. No turnovers, five assists, obviously scored the ball. I’m sure he would have liked to say he shot better, but I thought he looked good.”

Walker explained how he is still trying to find a rhythm, but that he was going to continue to trust his work.

“Just taking it easy,” Walker said on the TNT broadcast when asked about getting back in a groove. “Trying not to get frustrated, which is hard, but it takes time to get in a rhythm. This is what, my seventh game? It?s going to take time. My teammates believe in me, my coaching staff, so I’m going to just keep putting my work in and trusting in my work.”

Tuesday night’s win against the Warriors was among the most impressive this season for the Celtics, in large part because Boston out-rebounded Golden State, 51-36, with 12 offensive rebounds.

“We just played with poise,” Walker told TNT. “I thought early in the game our energy wasn?t there. But after the first timeout, in the huddles, we really got into each other, encouraging each other to play better, be more aggressive, bring more energy. That?s what we did.”

Stevens shared earlier this season that Walker probably wouldn’t play on the second night of back-to-backs, but when asked about Wednesday’s game in Sacramento, the head coach said he wasn’t yet sure of the All-Star’s status. 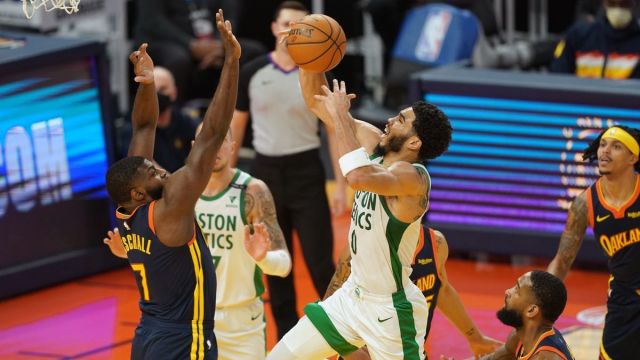 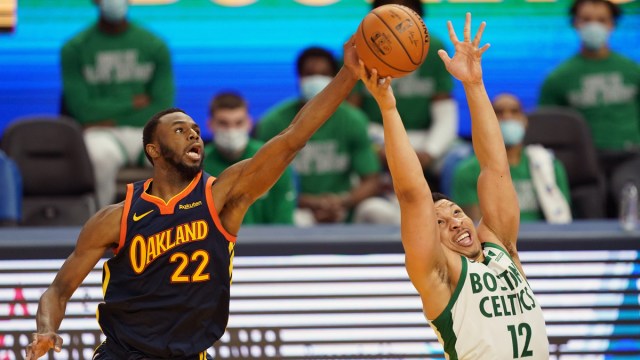