It seems the Boston Bruins will be talking about their trip to Lake Tahoe for quite some time.

Of course, it helps the Bruins dominated the Philadelphia Flyers while scoring four second-period goals and five unanswered in a 7-3 victory on Sunday.

It was Boston’s fifth win in five games this season against the Flyers, which is notable in its own right.

And then there were the career accolades for Trent Frederic, who scored his first career goal, and defenseman Urho Vaakanainen, who recorded his first NHL point on a second-period assist.

But there was more to it than that, too. It was an unforgettable experience of team-building, bonding and overall fun, as so many players explained.

“Overall, it was an unbelievable experience,” Bruins winger David Pastrnak said after scoring a hat trick, dressed in sunglasses that he attributed to the “Barbie Girl” song.

“We had some fun with the guys, getting dressed up,” Pastrnak continued. “We knew we were going to have some fun, but as soon as the puck drop happened we were focusing on the game, doing everything to get a bounce-back game for us and get the two points home.”

Pastrnak explained how it was captain Patrice Bergeron who came up with the idea for the team to flaunt its best 90s outfits. Even for players like Frederic, who was born in 1998.

“I think that’s 90s, right? I don’t really know,” the 23-year-old Frederic said when asked about his ‘Sublime’ T-shirt. “But we had fun. Obviously, when you put those on, you got to win. Because we’ve got to wear them out too. So, it was good that we got the win. We were just like kids again. We had a really fun time.”

“I loved it,” Cassidy told reporters. “Looked like they dug through my old wardrobe.”

But Cassidy also provided a big-picture reality during what has been a much different season.

“As for me, I love the guys’ look. You don’t get a lot of chances to bond this year, this was one they took advantage of. So, good for them,” Cassidy added.

And yeah, that alone probably would’ve been a storyline for the group to look back on down, but the fact they accomplished what they had set to do from the get-go made it all the better.

“We turned to each other when we were walking in and said, ‘Man, we’d better win.’ You wouldn’t want to be walking out of here dressed like this, that’s for sure,” John Moore told reporters, adding that Lake Tahoe was the best outdoor event he’s played in.

— Jeremy Lauzon did not return to the ice for the second period with what the team revealed was an upper-body injury.

Zboril, who was skating alongside Charlie McAvoy, now joins a list of injured D-men that includes Matt Grzelcyk, Kevan Miller and Jakub Zboril.

Cassidy did not have an update on Lauzon after the game.

— Frederic scored his first career goal during the second period as Boston scored three goals in a 99-second span.

“Yeah, I mean, it was kind of a pinch yourself moment,” Frederic said. “It was a little different, obviously being outdoors, no fans, you don’t exactly get the loud noise and stuff. So, it took me a little to realize how real it was. It was cool.”

— Cassidy praised the 22-year-old Vaakanainen, too.

“I thought he got better as the game went on. He’s a good hockey player. We know that,” Cassidy said of the left-shot defenseman, who made his season debut. “… Good for (Vaakanainen). We’ll see where we are when we get home health-wise, but all three of our lefty (defenseman) are out … Good for the guys for stepping up, good team win.”

— After Sunday’s result, Pastrnak now has two hat tricks against the Flyers this season.

— The Bruins will return to the ice Thursday as they travel to the New York Islanders for a 7 p.m. ET puck drop. 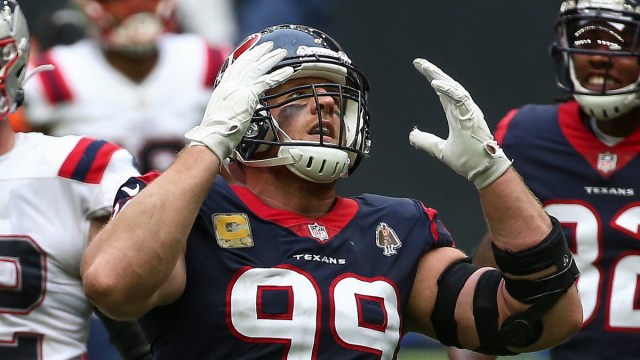 J.J. Watt Answers Question Everyone Is Asking With Witty Tweet 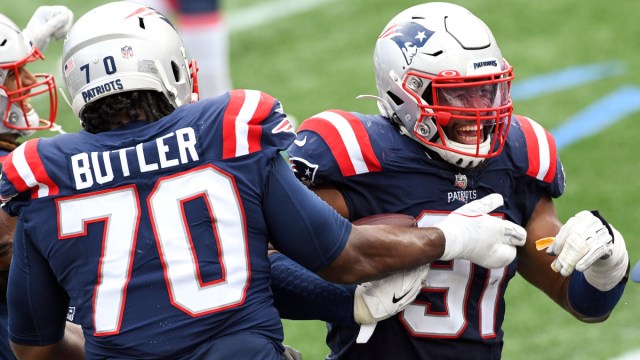