For the first time all season, the Bruins have lost two straight games in regulation.

Boston lost 3-2 to the New Jersey Devils on Thursday night at TD Garden. It trailed twice in the second by two goals and just couldn’t come back — despite making it a one-goal game in the final minute– like we’ve seen often this season.

Jake DeBrusk and David Pastrnak had the lone goal for the Bruins, while Kyle Palmieri (twice), Pavel Zacha had the tallies for New Jersey.

Jaroslav Halak had a tough night in net, stopping 23 of shots faced, while MacKenzie Blackwood denied 25.

NO SCORE AFTER ONE
The game remained scoreless after 20 minutes despite a rough go-around for Brandon Carlo and John Moore.

Moore had some rough turnovers, but Halak stood tall and was able to keep the game 0-0.

Anders Bjork had some nice looks but was unable to find the back of the net.

B’S DOWN BY TWO
It took just 1:34 for New Jersey to break the scoreless tie when Jack Hughes made a filthy backhand pass to Palmieri who scored on a wide-open net to make it 1-0.

The B’s had extended power play time due to a double-minor after P.K. Subban made Bjork bleed with a high stick, but it didn’t go Boston’s way.

Palmieri struck again when he beat Halak five hole to make it a 2-0 game.

But the Bruins still had some time left over on the power play and cut New Jersey’s lead in half when DeBrusk potted his first goal of the season.

But Boston went down by two goals for the second time in the game when Zacha had plenty of space on a 4-on-4 and beat Halak for the 3-1 edge.

The Devils outshot the Bruins 18-15 after two periods of play.

DEVILS SEAL IT
After not playing for two weeks, the Devils now have won two straight games.

New Jersey had a 5-on-3 when Jeremy Lauzon was whistled for tripping before Brad Marchand was called for a high stick just 35 seconds later, but the Black and Gold killed both penalties.

Boston had some chances, but Blackwood was just too strong between the pipes.

Pastrnak made it interesting, though, potting a goal to make it 3-2 with 1:06 left in the game.

But the B’s just couldn’t get it done in the third and dropped their second straight.

UP NEXT
The Bruins now pack up and head to Lake Tahoe where they’ll play the Philadelphia Flyers outdoors Sunday. Puck drop is set for 2 p.m. ET.

These Bruins, Flyers Already Ruled Out For Lake Tahoe Game 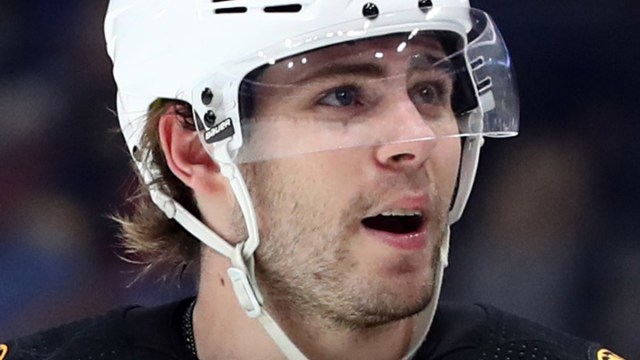 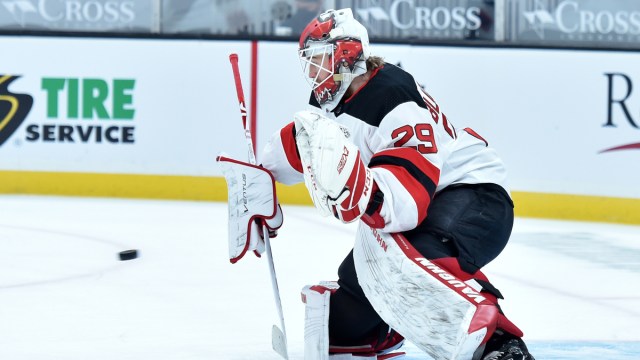