The memories of Lake Tahoe will very, very fond when the Bruins arrive back in Boston.

The B’s scored four second-period goals and tallied five unanswered as Boston snapped a two-game skid and earned their fifth win over the Philadelphia Flyers in five tries this season with a 7-3 verdict in Lake Tahoe on Sunday.

Tuukka Rask finished with 16 saves on 19 shots. Philadelphia goaltender Carter Hart was pulled after two periods, having allowed six goals on 23 shots. Brian Elliot filled in between the pipes and saved 11 of the 12 shots he faced.

EARLY FIREWORKS
Maybe it was the Lake Tahoe atmosphere that did it, but whatever got into the minds of those on the ice prompted a flurry of scoring chances Sunday. That was on display as Boston and Philadelphia went into the first intermission tied up at 2-2.

Pastrnak got the scoring started, lighting the lamp just 34 seconds into the game.

Philadelphia, however, then spoiled a Boston power-play and scored two unanswered goals to take a 2-1 lead.

Flyers’ Joel Farabee tied the game 1-1 at 6:41 before teammate Sean Couturier returned from the penalty box to give Philadelphia a 2-1 lead at 14:48.

Charlie McAvoy, though, regained the momentum for the Bruins. The blueliner sent Boston to its dressing room tied up after an impressive one-timer at 15:27. It was assisted by Brad Marchand and Connor Clifton.

The Flyers held a 13-8 edge in first-period shots while Boston’s power play midway through the period (after Marchand was tripped) was the only one in the frame.

The Bruins blocked seven shots in front of Rask, who had 11 saves in the period.

BRUINS PULL AWAY
Boston scored four second-period goals including three within a span of 99 seconds.

David Pastrnak gave the Bruins a 3-2 lead merely 46 seconds into the period with the first goal of the second frame. It was the winger?s second of the game.

Trent Frederic followed it up and made it 5-2 with his first career goal at 16:47.

And then Nick Ritchie put on the finishing touches on the run with a power-play goal at 17:53. It gave the Bruins a 6-2 lead heading into the second intermission.

The Bruins benefited from two power-play opportunities in the period, too. Ritchie’s power-play goal was the Bruins eighth in the last four games. It came after Philadelphia?s Andy Andreoff went to the box on a rather idiotic roughing penalty immediately after Frederic’s goal.

The Bruins put the pressure on offensively while outshooting the Flyers 15-3 in the period.

PASTA WITH THE HATTY
Pastrnak scored his hat-trick goal at 17:04 of the third period, but the verdict was never in doubt.

Philadelphia’s James van Riemsdyk cut the Flyers deficit to 6-3 with a power-play goal at 12:45.

Boston held a 35-19 advantage in shots on goal and had 16 blocked shots.

UP NEXT
The Bruins will travel to New York to play the Islanders on Thursday at 7 p.m. ET. 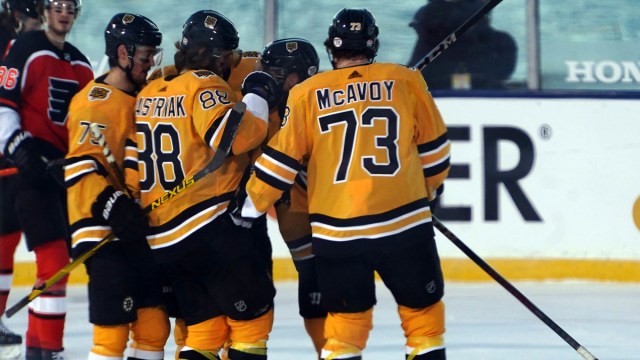 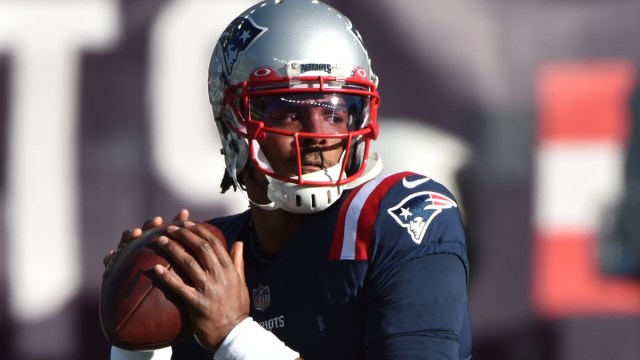