The Boston Celtics reversed roles for several players to try and combat the pesky Toronto Raptors.

Usually, Jaylen Brown and Jayson Tatum lead the charge on offense. But that wasn’t the case Thursday night.

Instead, Boston leaned on role players like Semi Ojeleye and Payton Pritchard to give the team a frontcourt boost. And the gamble paid off.

Kemba Walker and Tristan Thompson supported the duo in their typical roles, with Walker posting 21 points and Thompson nabbing 11 rebounds.

Claiming victory under these unique circumstances certainly is a big plus for the Celtics’ egos as they look to build consistency heading into the second half of the season. Head coach Brad Stevens knows this might not be the only time something like this happens, too.

“Our whole team knew and knows Toronto does as good a job as anybody in the league in loading up the great players,” Stevens told reporters during his postgame video press conference, as seen on NBC Sports Boston’s postgame coverage. “They show them a lot of attention. They’re helpful at the nail. They’re helpful out of the corners. They’re helpful all over, and you have to be a willing, quick decision-maker. And these guys know that. We’ve played against Toronto a lot. And the better you get, the more attention you get and the more you have to make those plays. And both those guys are in the group of players that draw a lot of attention, so it’s something that they are going to have to continue to do for us to be the best we can be.”

Brown and Tatum haven’t been the most consistent shooters of late, either. The duo put up more subpar shooting stats Thursday night, hitting just eight of their 27 attempted shots from the field.

But if Thursday night proved anything, the C’s certainly have the talent to fill the gaps when the two youngsters need some support.

Here are some more notes from Thursday’s Raptors-Celtics game:

— There was plenty of personal history made in this game.

Those are personal bests for each player.

— Ojeleye and Pritchard made a little history together, too.

They are the first pair of teammates in team history to sink at least six 3-pointers in the same game, according to Elias Sports.

The two received plenty of praise, too.

“We’re all really confident in Semi,” Walker said. “He works so hard.”

“He works so hard and I’m so happy for him. He deserves it,” Ojeleye said of Pritchard, via Forbes’ Chris Grenham. “He’s one of those guys you see always working in the gym. By the time you walk in there, he’s in a full sweat. So, I’m happy to see him do well.”

— The Celtics return to action Friday night when they host the Detroit Pistons at TD Garden. Tip-off is slated for 8 p.m. ET. 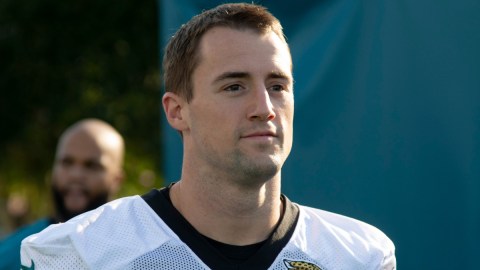