Celtics Wrap: Boston Drops To .500 After Ugly Loss To Wizards Skip to content

It officially is time to worry about the Celtics.

Boston on Sunday suffered an embarrassing 104-91 loss to the Washington Wizards, who entered the game with the worst record in the Eastern Conference and second worst in the NBA. The defeat dropped the Celtics to .500 for the first time since Jan. 1.

Boson was led by Kemba Walker and Jaylen Brown, who both scored 25 points, respectively. Nobody else did anything of note, though Robert Williams and Semi Ojeleye both played despite recent injuries.

Jayson Tatum scored just six points while playing listless defense in one of the worst games of his career.

The Wizards got a huge performance from NBA scoring leader Bradley Beal, who poured in 35 points to go along with seven rebounds and five assists. Russell Westbrook messed around and just missed a triple double, racking up 13 points, nine rebounds and 11 assists.

The Celtics fell to 13-13 with the loss while the Wizards improved to 7-17 with the victory.

Celtics’ Jaylen Brown Avoiding ‘Getting Fined’ By Commenting On Nosebleed

MORE UNINSPIRING BASKETBALL
The Celtics in the first quarter very much looked like a tired, struggling team playing a Sunday afternoon game on the road. Boston played a boring, uninspired brand of basketball, reflected by the scoreboard.

As a team, the Celtics shot 40.9 percent from the field, missed three free throws and turned the ball over seven times. They looked better toward the end of the frame, but the Wizards still entered the second quarter with a 29-22 advantage.

Brown led the way for the Celtics with 11 points while Walker chipped in with seven. Tatum scored zero points as his first-quarter struggles continued.

Washington was paced by Beal’s 11 points.

Really, it was plays like this that summed up for the first quarter for Boston:

The Celtics as a team managed just three assists in the first frame.

The Celtics continued to play ugly basketball unworthy of your attention. Boston entered the game knowing full well that stopping Beal was the key to victory, but the Celtics nevertheless allowed the Wizards star to do whatever he wanted while scoring 18 first-half points.

Rui Hachimura also had a solid first half for Washington, scoring nine points while pulling down four rebounds. Westbrook, despite clearly not being as explosive as he once was, still racked up six points, seven rebounds and eight assists.

Walker was a bright spot for Boston in the first half, scoring 15 points including two 3-pointers. Tatum finished his not-good-enough first half with four points.

Payton Pritchard also scored four points for the visitors, who closed the half with a 12-point deficit.

REALLY BAD… THEN KINDA GOOD… THEN REALLY BAD
The Celtics were disgraceful for much of the third quarter, with the Wizards at one point opening up a 24-point lead.

This awful showing from Tatum was the low point:

Boston showed renewed energy after mid-quarter timeout, narrowing Washington’s lead to 14 points. But the Wizards, largely thanks to Beal (14 points in the quarter) surged back to finish the frame with a 22-point advantage.

The bright spots? Walker had a season-high 25 points through just three quarters and, more or less, looked like Kemba Walker. Brown entered the fourth quarter with 23 points and six rebounds, once again performing like Boston’s best all-around player.

Tatum didn’t score a point in the third.

PUNCHLESS FINISH
The Celtics largely played out the string in a fourth quarter that served as little more than a means to an end for the Wizards. Not to make excuses for them, but the Celtics just looked tired.

The Celtics as a team shot 35.6 percent from the field and 25.7 percent from 3-point range. They had just 14 assists and turned the ball over 17 times.

PLAY OF THE GAME
This, we guess:

UP NEXT
The Celtics will be back at TD Garden on Tuesday night when they host the Denver Nuggets. Tip-off is scheduled for 7 p.m. ET. 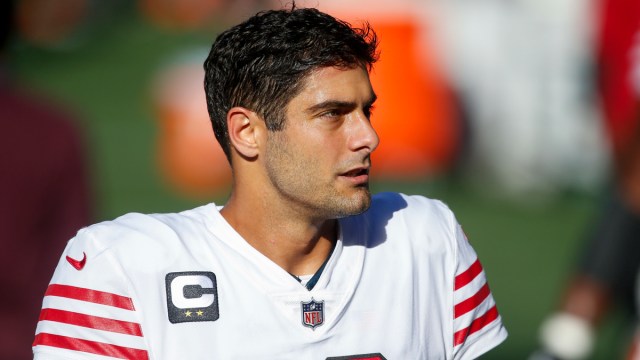 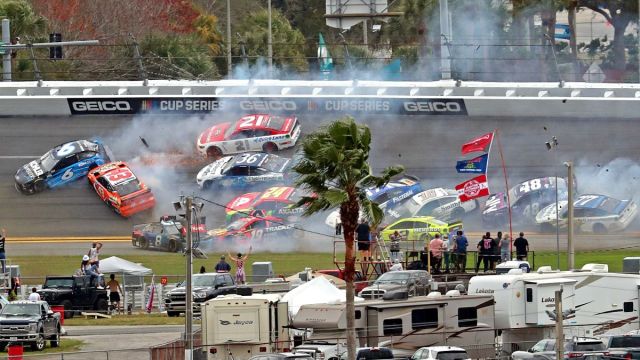