Expect to hear the term “cap casualty” a lot in the coming weeks.

With the NFL salary cap shrinking this offseason as a result of the COVID-19 pandemic, many teams will need to jettison high-priced veterans to stay in the black. Other, more cap-stable teams, will be poised to capitalize on these cuts, which will give them access to players who otherwise would not be available.

The New England Patriots are part of the second group. They enter the offseason with the fourth-most cap space in the NFL — roughly $60 million, pending the finalization of the official 2021 salary cap total.

We’ve already written about defensive end J.J. Watt, defensive tackle Kawann Short, tight end Zach Ertz and wide receiver Adam Humphries as potential cap casualties who could be on the Patriots’ radar. Watt and Short were released by the Houston Texans and Carolina Panthers, respectively, and Ertz and Humphries could be on their way out of Philadelphia and Tennessee.

Drawing from lists of cut candidates published this week by ESPN.com and The Athletic, here are seven other veterans who could pique the Patriots’ interest if they hit the market:

Jimmy Garoppolo, QB, San Francisco 49ers
Garoppolo is the most intriguing quarterback option for the QB-needy Patriots, and there’s a chance the Niners could flat-out release him if they find an upgrade and no team is willing to take on his contract ($25.5 million cap hit in 2021, $25.6 million in 2022). Cutting the former New England backup would leave behind just $2.8 million in dead money and free up $26.3 million in cap space. San Francisco won’t just dump him unless it finds a QB it prefers, though, which could take weeks or even months. If the Patriots want Garoppolo, they’re more likely to trade for him.

Jamison Crowder, WR, New York Jets
A 5-foot-9 slot specialist, Crowder has been solid in each of his two seasons in East Rutherford, totaling 137 catches for 1,532 yards and 12 touchdowns in 28 games despite some extremely shaky quarterback play. He’s set to carry a team-high $11.4 million cap hit in 2021, and the Jets — now under the direction of new head coach Robert Saleh — can clear all but $1 million of that by releasing him. The Patriots, who badly need receiver help, hosted Crowder for a pre-draft workout in 2015.

Golden Tate, WR, New York Giants
Tate turns 33 in August, and his days of being a 90-catch, 1,000-yard receiver are behind him. He caught just 35 passes for 388 yards and two touchdowns in 12 games with the Giants this past season and grumbled about his playing time, prompting head coach (and ex-Patriots assistant) Joe Judge to bench him for one game. New England made a push to sign the former Detroit Lions star two years ago, though, and he shouldn’t cost much this time around. The Giants likely will cut him, as doing so would save them $6 million against the cap.

Cameron Brate, TE, Tampa Bay Buccaneers
If the Super Bowl champs attempt to keep most of their loaded free agent class (Shaq Barrett, Chris Godwin, Lavonte David, Rob Gronkowski, Antonio Brown, Leonard Fournette), Brate could be collateral damage. He’s set to make $6.5 million this season, and the Bucs can wipe all of that from their books by releasing him. The 29-year-old Harvard product hasn’t missed a game since 2016 and would give New England a solid veteran to pair with 2020 third-round draft picks Devin Asiasi and Dalton Keene. The Patriots have ranked dead last in the NFL in receptions by tight ends in each of the last two seasons.

Duke Johnson, RB, Houston Texans
If the Patriots expect to lose James White in free agency, Johnson has the pass-catching chops to fill that void, ranking fourth among running backs in receptions since he entered the league in 2015. The rebuilding Texans can clear $5 million by releasing the 27-year-old.

Danny Shelton, DT, Detroit Lions
Detroit is transitioning away from Matt Patricia’s defensive scheme and could save $4 million by cutting Shelton, who was very good for New England in 2019. The Patriots sorely missed the big nose tackle this past season, as expected replacement Beau Allen never played a snap and New England was forced to fill out its defensive line with ex-practice squadders. Ex-Patriots D-tackle Malcom Brown also is a cut candidate for New Orleans.

Jurrell Casey, DT, Denver Broncos
Casey, a five-time Pro Bowler in Tennessee, tore his bicep last September, ending his first season with the Broncos after three games. Denver can save $11.9 million with no dead money by cutting the 31-year-old, whom Bill Belichick called “one of the best defensive tackles in the league” in 2018. 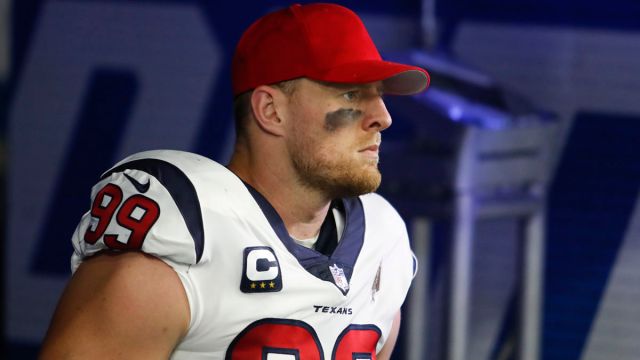 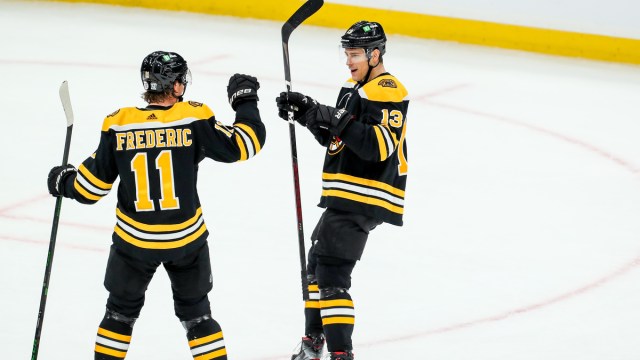