2020 SEASON REVIEW
The running game was the strength of New England’s lackluster offense, which averaged just 20.4 points per game but ranked fourth in rushing yards (146.6 per game) and eighth in yards per carry (4.67).

Quarterback Cam Newton played a key role in that effort with 592 rushing yards and 12 of the team’s 20 rushing touchdowns, but the Patriots also got a breakout year from Harris, who excelled after supplanting Michel as the starter.

After hardly seeing the field as a rookie, Harris rushed for a team-high 691 yards in 10 games and ranked in the top 10 in the NFL in yards per carry (5.0). Durability is a concern for the Alabama product, however. He missed the first three games with a hand injury, sat out the last three with an ankle and also exited games with chest and back ailments.

With Harris unavailable for the home stretch, Michel closed the season with a flourish, averaging 6.1 yards per carry on 36 attempts over the final three weeks while also catching four passes on four targets for 68 yards and a touchdown.

It was an encouraging surge for a player who’d regressed as a second-year pro in 2019 before spending half of the 2020 season on injured reserve and the COVID-19 list. Previously viewed as a possible cut candidate this offseason, Michel now looks like a valuable No. 2 option behind Harris.

White, one of New England’s most reliable offensive weapons during the final five years of the Tom Brady era, saw his numbers decline this season. The veteran pass-catching back tallied full-season career lows in receiving yards (375) and yards per reception (7.7); registered just 121 rushing yards, his fewest since 2015; and scored three total touchdowns, down from six in 2019 and 12 in 2018.

This was a difficult year on multiple fronts for White, who took a temporary leave of absence from the team after his father was killed in a car crash that also left his mother hospitalized.

Burkhead was in the midst of a career year when he suffered a major knee injury in Week 11 that could sideline him into next season. Taylor, an undrafted rookie generously listed at 5-foot-6, played sparingly but impressed in spurts, totaling 110 yards on 23 carries (4.8 per rush).

Bolden, who primarily plays on special teams, opted out of the season because of COVID concerns but confirmed he plans to play in 2021.

TOP OFFSEASON STORYLINES
1. Will White be back? It’s hard to picture the Super Bowl LI hero and three-year Patriots captain in a different uniform, but White’s future is in flux as he prepares to hit free agency for the first time. Late in the season, the 29-year-old said he “of course” would be open to re-signing but added that “nobody really knows what the future holds.”

It’s unclear how invested the Patriots are in retaining White, but they could face competition from Brady’s Tampa Bay Buccaneers. The one asset Tampa’s Super Bowl-winning offense lacked this season was a consistent third-down back, and a move to Florida would allow White, a Fort Lauderdale native, to be closer to his mother. The Miami Dolphins are another potential suitor.

2. Will Burkhead be back? The Patriots’ other free agent back likely wouldn’t cost much to re-sign, but it’s not clear when or if he’ll be back to full speed after his latest injury. Burkhead underwent knee surgery in early December and appeared to be moving well in a rehab video he shared in early February. If the Patriots are confident he can contribute in 2021, keeping him around for the veteran minimum would make sense.

But if they part ways with one or both of Burkhead and White, they could look to bring in a back with more proven pass-catching ability than Harris or Michel. Carolina’s Mike Davis and Green Bay’s Jamaal Williams both are impending free agents who fit that mold and shouldn’t be prohibitively expensive.

3. What do the Patriots have in Taylor? The Patriots stuck the diminutive Arizona product on the Harris/White/Shane Vereen track and barely used him as a rookie. Taylor doesn’t have the draft pedigree of those players (all third- or fourth-round picks) but garnered rave reviews from position coach Ivan Fears, who’s compared him to both Dion Lewis and Darren Sproles. Fears said he believes Taylor can develop into a “combination-type” dual-threat back, a la Burkhead, Lewis or Danny Woodhead.

Taylor caught just one pass as a rookie but hauled in 32 for 289 yards in his final collegiate season. If the Patriots believe he can take on some of White/Burkhead’s pass-catching responsibilities in Year 2, perhaps they hold off on adding a veteran back in free agency. 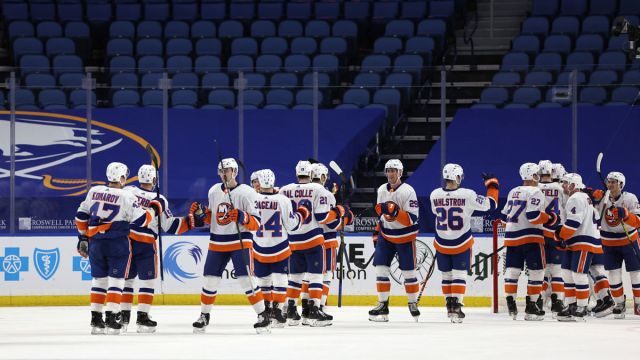 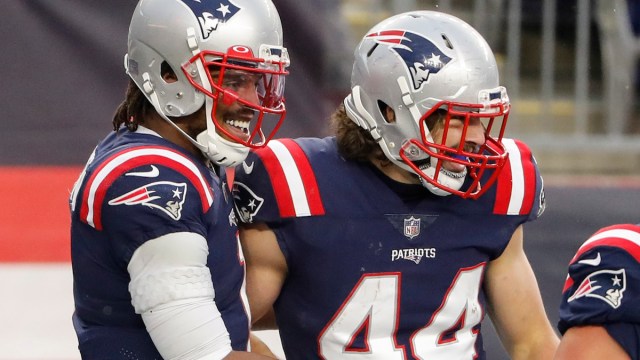