Rob Gronkowski is no stranger to Super Bowl celebrations, having now won four titles — three with the New England Patriots and one with the Tampa Bay Buccaneers — in his illustrious NFL career.

So, how did the Bucs’ locker room party after Sunday’s 31-9 win over the Kansas City Chiefs in Super Bowl LV stack up with the tight end’s previous championship soirees?

Gronkowski shared some vivid details Tuesday night during an appearance on “The Late Late Show with James Corden.”

“These guys are turnt up. My teammates on the Buccaneers — from the defensive side, to the offensive side, to the special teams — these guys turn up. It’s incredible,” Gronkowski said. “We’ve got a lot of young folks on our team, and the young bucks, they’re always fully energized, they’re always ready to party, they’re always ready to dance. You went into that locker room, there was smoke everywhere from cigars, there were bottles being handed all around, passed all around, there was champagne being popped. Everyone had their Oakley ski goggles on, spraying champagne on each other. It was a party, man. The young bucks were just dancing their faces off. It was incredible.”

Gronkowski might not party quite as hard as he used to, a reality that was apparent Wednesday when the 31-year-old showed up to Tampa Bay’s boat parade carrying water.

He still can get after it, though, and the Bucs definitely earned the right to let their hair down after dismantling the Chiefs, who entered Sunday’s showdown as the defending champions and the favorites to hoist another Lombardi Trophy.

We’re not sure to what extent Tom Brady partied Sunday night after winning his seventh Super Bowl title. But the 43-year-old quarterback sure made up for it with a (very intoxicated?) parade performance Wednesday that matched his on-field dominance. 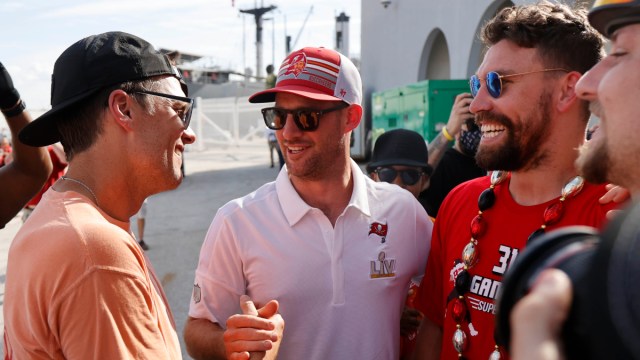 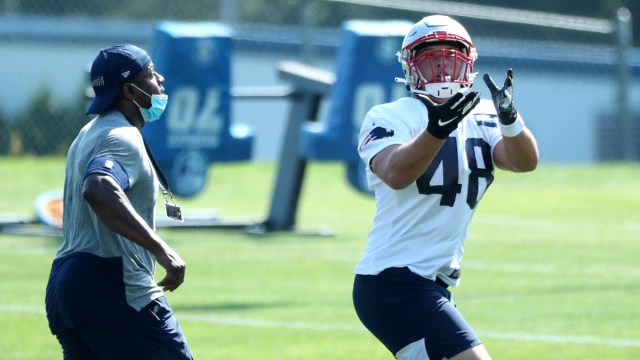