The days of laughing at the notion of a Russell Wilson trade apparently are over.

When NFL Media’s Ian Rapoport began Super Bowl Sunday by reporting that teams had reached out to the Seattle Seahawks about a possible Wilson trade, many dismissed the news as little more than a fun rumor. Rapoport himself said the Seahawks had zero interest in moving the franchise quarterback.

But, in the days and weeks since, Wilson publicly has expressed frustration with the Seahawks, and the feeling reportedly is mutual.

That brings us to Thursday, when Michael-Shawn Dugar, Mike Sando and Jayson Jenks of The Athletic offered this report on Wilson, who has grown increasingly unhappy with head coach Pete Carroll:

Wilson and Carroll have won at least nine games in each of nine seasons together. They have made the playoffs every season but one, won a Super Bowl and lost another. But the Seahawks haven?t reached the NFC Championship game since 2014, and Wilson?s frustration has escalated to the point that his camp has broached potential trade destinations with the Seahawks. According to sources, those teams include ones mentioned in La Canfora?s column the day of the Super Bowl: the Dolphins, Jets, Saints and Raiders. Some people around the league think a trade could happen, if not this offseason then sometime in the near future.

Obviously, the possibility remains that Wilson, Carroll and the Seahawks mend fences and get back on the same page. Plus, The Athletic writers’ use of “near future” was rather vague.

Nevertheless the idea of a trade involving Wilson, a top-five quarterback in the NFL, is fascinating to think about. Any of the franchises mentioned as potential destinations would transform into contenders with Wilson under center, as he is capable of single-handedly shifting the balance of power in the NFL. 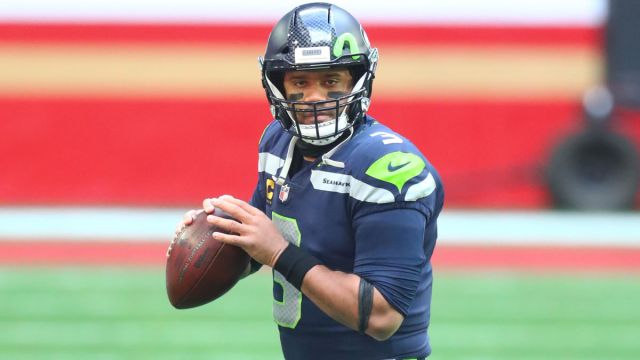