So, are we ready to add Russell Wilson to the NFL offseason of quarterback drama?

The Seattle Seahawks quarterback’s “camp” is frustrated with his team’s ability — or should we say inability — to protect him, CBS Sports’ Jason La Canfora reported Monday night, citing sources. La Canfora notes the situation “warrants serious monitoring,” for what that’s worth.

That comes one day after La Canfora also reported multiple teams have looked into whether they could acquire Wilson from Seattle in a trade.

“If the city had the right stuff and the staff and roster look the part, and the team looks like a winner, or is close enough, then I’d get on the phone with Seahawks general manager John Schneider and see what I could work out,” La Canfora wrote.

If — and it seems like a massive, enormous if, at this point — Seattle decided it was willing to trade Wilson, La Canfora brought up one very interesting potential suitor: the New Orleans Saints.

“I hear they most certainly would like to further explore his potential availability after some exploratory calls,” La Canfora wrote.

Can you imagine Tom Brady vs. Russell Wilson a couple of times per season?

The Seahawks have failed to adequately protect Wilson for seemingly his entire career, so it would be unsurprising if he thinks that’s getting old. Furthermore, Wilson made it fairly clear he wasn’t in favor of the team’s decision to fire offensive coordinator Brian Schottenheimer.

Should Wilson become available, it completely and utterly changes the entire scope of the NFL offseason. There figures to be no shortage of quarterback movement this spring. Matthew Stafford is already on his way to the Rams, and it sounds like Carson Wentz could be shipped out of Philadelphia before too long. Of course, Deshaun Watson clearly wants out of Houston, and it’s probably a matter of time before he has a new address.

But if Wilson joins that fray, things are about to become absolutely bananas.

Heck, there was even talk about an Aaron Rodgers trade in Green Bay before the Packers came out and stated unequivocally they’re not trading the now three-time MVP. If this Wilson story gets any more momentum, one would have to think Seattle would follow suit.

But, if a team’s offer were to begin with four or even five first-round picks — as La Canfora spitballs in his Monday column — the Seahawks would be silly not to listen … right? 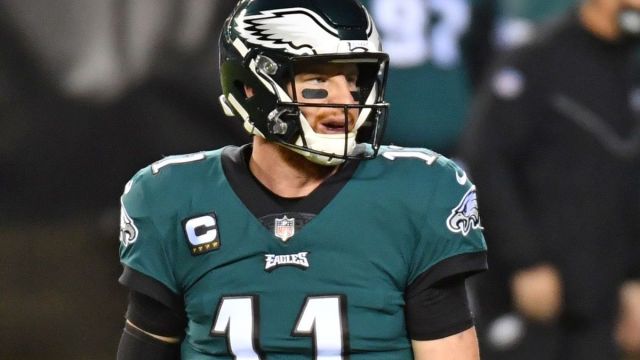