Case in point: veteran center Ryan Jensen, who received a few directives during his first conversation with the former New England Patriots quarterback.

The first was to start stuffing his pants with a towel and a boatload of baby powder — a method, first detailed in a 2019 story by The Athletic’s Nick Underhill, that Brady has long used to keep his snappers’ backsides sweat-free.

The second: no more wearing a glove on his snapping hand, which Jensen had done throughout his career.

“When he first called me after we had signed him, we talked about normal, everyday things for about three minutes,” Jensen recalled this week during Super Bowl LV media availability. “‘Where are you going to live?’ How do you like Tampa?’ Things of that sort. Then it went straight to business and started talking about the towel down the pants with some baby powder.

Jensen has been in the NFL since 2013 and had started every game for the Bucs over the previous two seasons, so this wasn’t some undrafted rookie Brady was talking to. But the 29-year-old lineman knew it was in everyone’s best interest to meet Brady’s specifications.

“I mean, when Tom Brady tells you to do something, you usually do it,” Jensen said in a video conference. “But it was a little bit of an adjustment at first, especially not wearing a glove. I used to always wear a glove. You start to get your hands pretty torn up not wearing a glove as an offensive lineman, so that was a little bit of an adjustment. But we talked about it, and he explained why.

“At first, I’m like, it can’t make that big of a difference, and then you start doing it and you realize how — especially with the towel and the baby powder — how much you don’t sweat down there when you’re doing that. And that’s keeping his hands dry and keeping the ball dry. He’s done this for so long and has had so much success, you’ve kind of got to listen to him. Are you going to backtalk him? I just don’t think that’s how that works.”

Brady didn’t seem to be as strict with the glove requirement during his Patriots tenure, as his former center, David Andrews, wore one in some games but not others. Jensen went gloveless on his snapping hand in every game this season, including when Tampa Bay played in sub-freezing Green Bay temperatures in the NFC Championship.

“There was just little quirky things like that and attention to detail on things that you wouldn’t think would matter that much,” Jensen said. “But with Tom, that’s why he’s been so successful — because he pays so much attention to those minor details and things that can help him be a better quarterback.”

When throwing from a clean pocket this season, Brady led the NFL in passing yards (3,958) and ranked second in touchdown passes (36) behind Aaron Rodgers, according to Pro Football Focus. Jensen and Co. will look to keep him upright and undisturbed Sunday night against the defending champion Kansas City Chiefs. 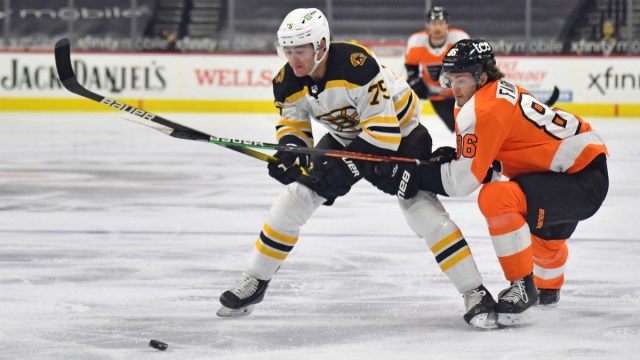 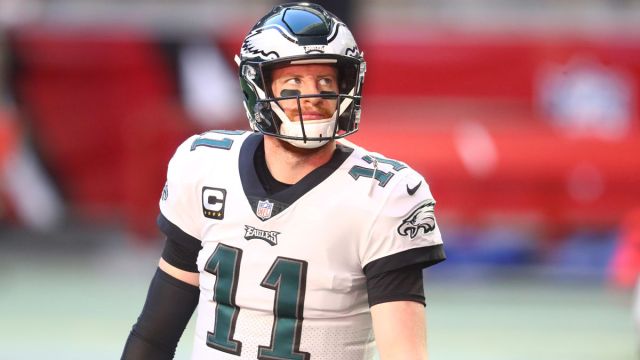