Could James White Be Next Patriots Player To Join Tom Brady, Bucs? Skip to content

Brady proved to be both a top-tier quarterback and a master recruiter during his first season with the Tampa Bay Buccaneers. (Leonard Fournette, another player the quarterback stumped for, scored the Bucs’ final touchdown in their 31-9 rout of the Kansas City Chiefs.)

Now, as Tampa Bay gears up for its title defense, don’t be surprised if he attempts to woo another Patriots playmaker: running back James White.

White, the hero of Super Bowl LI and a longtime fixture in New England’s offense, is set to hit free agency when the new league year opens March 17. It’ll be the 29-year-old’s first foray into the open market, as he signed his previous extension a year before his rookie contract expired.

“I?ve never been in this situation before,” White, who?s spent his entire seven-year career in Foxboro, said in early January. “Nobody really knows what the future holds.”

White added that he “of course” would be open to re-signing with the Patriots. But a reunion with Brady could be enticing for both parties.

For the Buccaneers, signing White would add one aspect that was missing from their Super Bowl-winning offense in 2020: a consistent, reliable pass-catching back.

Fournette ranked tied for 19th among NFL backs in receptions (36) and 27th in receiving yards (233) during the regular season. Ronald Jones was tied for 30th in catches (28) and 40th in yards (165). LeSean McCoy was 65th (15) and 67th (101). Bucs running backs as a group tallied just two receiving touchdowns and caught 70.6 percent of their targets, the seventh-lowest catch rate in the league.

White, even in a down year by his usual standards, ranked in the top 10 among backs in receptions (49, T-ninth) and receiving yards (375, eighth) despite missing two games. Over his final two seasons with Brady, he caught 159 passes for 1,396 yards and 12 touchdowns, ranking third, third and first, respectively, over that span.

He’s also ranked in the top five among RBs in third-down receptions in each of the last five seasons, according to Radar360, including first in 2019.

?I don?t think you could ask any more of a teammate than what James provides us and the trust that everyone has in him,? Brady said of White in 2018. “I mean, I feel like he never makes a mistake, and it?s pretty amazing to have that.”

As for White, a Fort Lauderdale, Fla., native, continuing his career in Tampa would allow him to be closer to his mother, who was seriously injured in the September 2020 car crash that killed his father. White, who left the team for two weeks following the accident, provided positive updates on his mother’s recovery throughout the season but admitted it was difficult to spend those months away from his family in South Florida.

“Obviously, I?m kind of far away,” he said in October, “but (I’m) just trying to be in contact with as much family as possible to keep them up to date and just let them know I?m there for them.”

Brian Flores’ Miami Dolphins also have been mentioned as a potential suitor for the veteran running back given their location and Patriots connections.

On the field, White had one of the least productive seasons of his career after Brady’s departure, tallying his lowest yards-per-game (26.8) and yards-per-reception (7.7) totals since his rookie year despite playing in a Patriots offense that lacked talent at receiver and tight end. His 496 yards from scrimmage represented a sharp decline from his 2019 total of 908 and his 2018 career high of 1,176.

The three-year team captain remains a universally respected figure in the Patriots’ locker room, but it’s unclear how aggressively New England will push to re-sign him this offseason. If he reaches free agency, a compelling offer from Brady’s Bucs might be difficult to turn down. 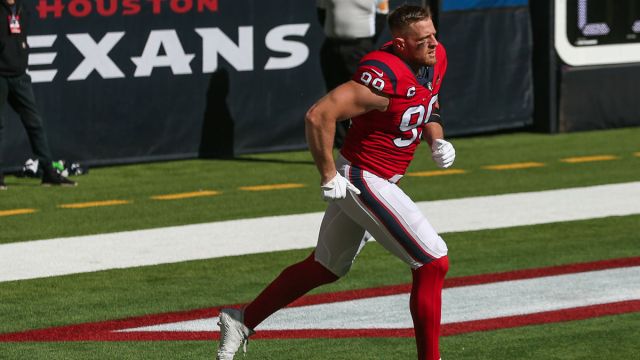 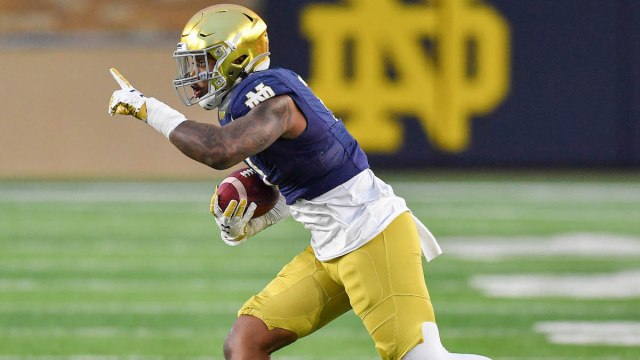