The Kansas City Chiefs safety and Tampa Bay Buccaneers quarterback clashed after multiple plays during the second quarter of Tampa Bay’s 31-9 victory Sunday night, with one such run-in resulting in an unsportsmanlike conduct penalty on Mathieu.

That particular exchange came after Buccaneers receiver Antonio Brown beat Mathieu for a short touchdown pass — one of three Brady threw in the win.

“Listen, Tom Brady?s a great quarterback,” Mathieu said in his postgame video conference. “I never really saw that side of Tom Brady, to be honest. But whatever. No comment. It?s over with. I?m done with it.?

In a since-deleted tweet, Mathieu wrote that Brady “called me something I won’t repeat” during their on-field shouting matches.

“Go back to my previous games against TB12,” Mathieu wrote. “I showed him nothing but respect. Look at my interviews about him… I show grace.”

Asked by a Twitter user what Brady called him, Mathieu replied: “Let him tell you.” He later deleted that tweet, as well.

The Bucs entered Sunday’s game as three-point underdogs but cruised to a blowout win over the defending champion Chiefs. All three of Brady’s touchdown passes came in the final 16 minutes of the first half as Tampa Bay built a 21-6 halftime lead.

Kansas City helped make that offensive explosion possible by committing nine penalties during those 16 minutes, one of which was declined. Mathieu was flagged on Tampa Bay’s final two offensive plays of the first half, including the aforementioned Brady-to-Brown touchdown, which came with six seconds remaining.

“The best team won today,” Mathieu said. “It was a bad day for us to play the way we did.” 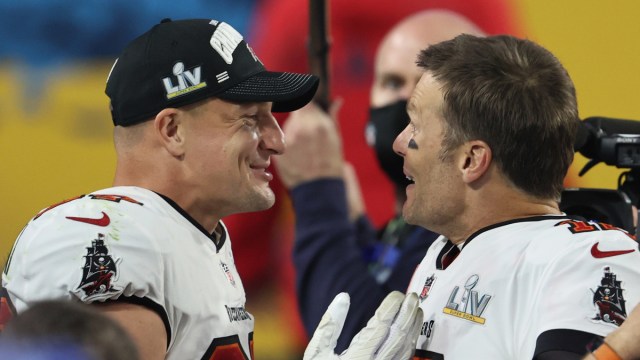 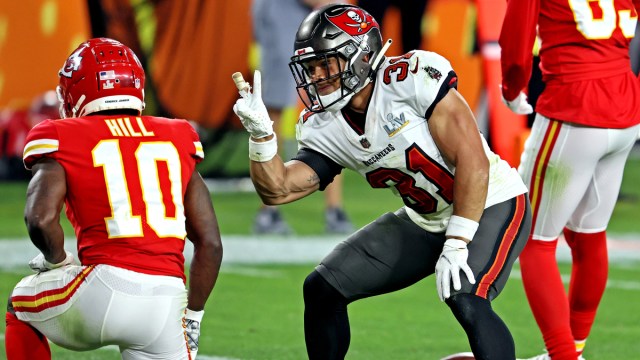