In an offseason of quarterback upheaval, another veteran signal-caller is on the move and thus off the board for the New England Patriots.

The Philadelphia Eagles reportedly agreed to trade quarterback Carson Wentz to the Colts for a 2021 third-round pick and a 2022 second-round pick that would become a first-round pick if Wentz plays 75 percent of snaps or 70 percent plus Indianapolis earns a postseason berth. The Colts probably “won” this trade because they didn’t need to give up multiple first-round picks, and they control their side of the return with how many snaps they decide to play Wentz. The Eagles get rid of Wentz and will probably collect a first-round pick. If it’s not a win-win, it’s pretty close.

This trade does take Wentz out of the equation for the Patriots as their veteran quarterback options start to dwindle slightly. Deshaun Watson, Jimmy Garoppolo, Marcus Mariota and Sam Darnold are potential trade options. Dak Prescott, Jacoby Brissett, Mitchell Trubisky, Ryan Fitzpatrick, Tyrod Taylor, A.J. McCarron, Andy Dalton, Colt McCoy, Cam Newton, Joe Flacco and Jameis Winston are among the veteran quarterbacks hitting free agency. The Patriots also could find a QB in the draft, though they might need to settle for Mac Jones at No. 15 overall or trade up for a better option.

What this trade really means for the Patriots is that Brissett, who spent the last four seasons with the Colts after being traded from New England, is almost certainly not returning to Indianapolis. The Colts selected Jacob Eason in the fourth round of the 2020 NFL Draft, and he’s probably Wentz’s future backup.

Brissett is unlikely to have any starting options in free agency, so the Patriots could bring him back as a backup or bridge starter. Signing Brissett could make sense for New England no matter what they do at the quarterback position. If the Patriots trade for Garoppolo, for instance, they’ll need a dependable backup given Jimmy G’s issues staying healthy. If Mariota is the guy, then the Patriots could still use a dependable backup given Mariota’s own injury issues. If New England drafts a quarterback, then the team might need a signal-caller to start until the rookie gets up to speed.

Brissett isn’t the most appealing option at quarterback, but re-signing him could make sense on a number of levels and wouldn’t preclude New England from bringing other options on board. Think of him as a slightly more expensive Brian Hoyer with higher upside. 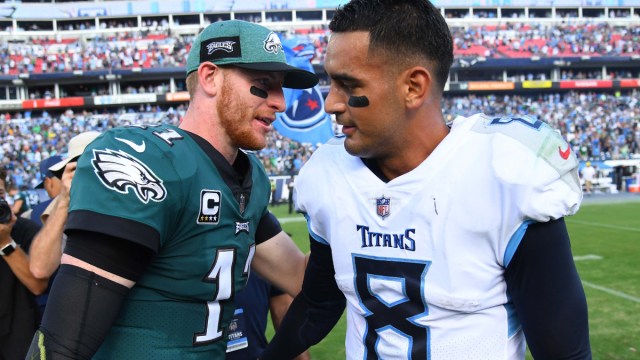 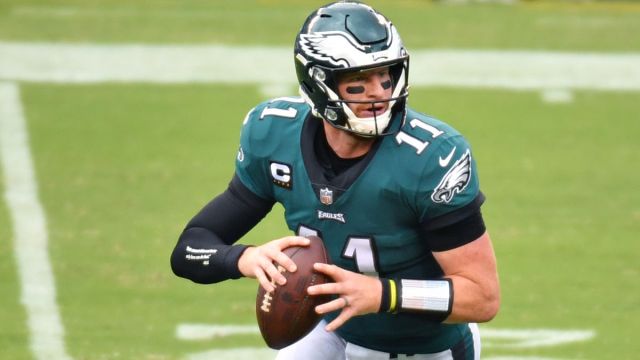