?This, for me, is the one and potentially last opportunity.”

Darrell “Bubba” Wallace is the face of NASCAR. He isn’t a Most Popular Driver Award winner, nor is he a driver with particularly impressive stats. But, for better or for worse, Wallace is the most-talked-about person in a sport in which he remains the only Black full-time driver.

Of course, much of that is due to last summer, when Wallace publicly advocated for social and racial justice and found himself at the center of a confusing, problematic controversy. He is both loved for his boldness and loathed for his daring to suggest NASCAR has a racism problem.

Wallace is polarizing in the truest sense of the word, which also makes him highly marketable. He also is undeniably talented, though just how much so remains up for debate.

So why, then, would Wallace be facing a potentially do-or-die season at just 27 years old?

In NASCAR, you sometimes only are as good as the equipment you compete in. You could be the most talented driver in the field, but if you drive for an under-funded team, you probably won’t win many races.

It’s an oversimplification of a very nuanced sport, but it also is true.

Following three sneaky-successful seasons in Richard Petty Motorsports’ middling equipment, Wallace departed the team last offseason to join the newly founded 23XI Racing, which is co-owned by Denny Hamlin and the Michael Jordan. The outfit obviously will go through growing pains, but a technical alliance with Joe Gibbs Racing should ensure Wallace has the tools at his disposal to run up front on a more consistent basis.

Should he and the No. 23 Toyota team fail, Wallace believes it’s possible he doesn’t get another shot on NASCAR’s top series.

“It’s just delivering results,” Wallace, who claimed he lost seven pounds amid the stress-filled 2020 season, said last week during pre-Daytona 500 media availability. ?We have a solid foundation underneath us to make this program better and to grow this team and make this a household name in the sport and make it a pinnacle name of our sport.?

Despite the self-described fragility of his NASCAR career, as well as the (enviable) pressure of working for perhaps the greatest athlete in the history of mankind, Wallace insists the weight on his shoulders doesn’t feel too heavy.

?There?s been pressure ever since I got into the league to win,? he said. ?So just another year, new car, no different.”

The great news for Wallace is that, with Sunday’s Daytona 500, he has an opportunity to begin a pivotal season with a bang. Wallace has impressed in restrictor plate/superspeedway races, which admittedly lend themselves to somewhat random results. Nevertheless, he has two top five finishes at Daytona, including a runner-up finish in the 2018 running of “The Great American Race.” Three times he has finished 15th at NASCAR’s most iconic track. His results at Talladega Superspeedway are more mixed (still three top 20 finishes) but he has two top 10 finishes at Indianapolis Motor Speedway, including a podium spot in 2019.

In other words: Don’t be surprised if Wallace has a strong showing in NASCAR’s season opener.

But Wallace doesn’t need to win at Daytona. Sure, his many haters will cite every subpar finish as evidence of his being an awful, underserving driver, or something, but consistent, high-level success would prove far more than would a checkered flag in a notoriously unpredictable race.

Still, Wallace, without a victory in both the Cup and Xfinity Series, is eager to get the monkey off his back.

Added Wallace: “We start to build a resume at Daytona and build off that and continue to get better for our team. It?s going to take a couple of races, just like any new team will to get everything underneath us.”

How NASCAR fans begging for Wallace to fail (for entirely unambiguous reasons) would react to his competitive ascension is anyone’s guess. For some of them, there’s nothing Wallace can do to earn their support.

More important for Wallace is earning the respect of his fellow drivers, particularly those who regularly run up front.

“I know how to race against those guys,” Wallace said. “Do they expect me to be up there? No. And do they race me differently because of it? Yes.

?I think that?s the biggest thing that?s going to change for other drivers. Hopefully it?s like, ?Okay, this kid, this guy, whatever … knows what he?s doing up here. We have to race him a little bit different.? I?m not expecting it be a cakewalk at all. We?re there to race and race hard. That?s what I?m looking forward to the most is having more of those runs in the top 10 each and every week, showing that we?re a factor and able to contend for wins.”

Social and political commentary aside, Wallace isn’t for everybody. He can be brash, difficult to get a read on, and sometimes he does things that are flat-out stupid.

He’s not nearly as petulant as Kyle Busch, but he possesses a prickliness that some consider off-putting. We think the positive manifestations of Wallace’s edge far outweigh the bad, but we get the criticisms.

What we all should agree on, however, is that NASCAR, hindered by the robotic nature of many of its stars, is better for having a driver as energetic and passionate as Wallace in its ranks. Will Wallace’s spirit, abilities and new resources carry him through a potentially make-or-break campaign?

Doubt him at your peril.

“I?ve felt more competitive and more passion, more drive than I ever have with everything that?s right out in front of me with this opportunity.? 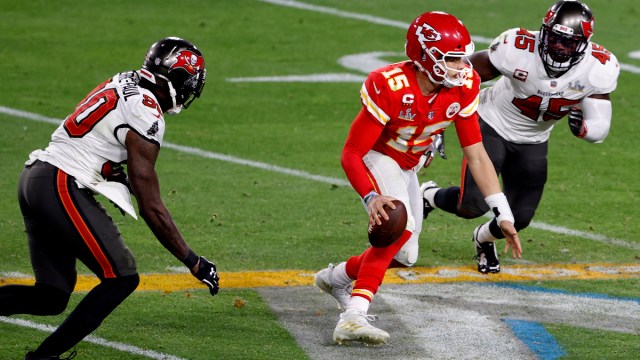 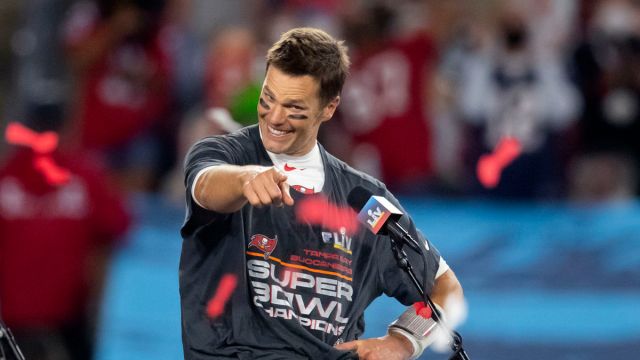