Boston Red Sox manager Alex Cora seems to have complete confidence in his ball club, and he expressed just that with an end-of-spring-training declaration.

Cora, speaking with reporters after the Red Sox fell to the Atlanta Braves 5-3 in their final spring training game, was asked about the team’s excitement ahead of returning to Boston and Thursday’s season opener.

“We’re ready. We’re ready to play baseball. We have a good baseball team. We do,” Cora told reporters on a video conference. “And obviously we got to go out there and perform. We know this is a division that there’s three great teams and one that’s (developing) their program. You have to be on point since Day One.”

Cora previously had emphasized how important it would be for the Red Sox to do the small things well. Those small things, he previously expressed, were part of the reason for Boston’s down year during the pandemic-shortened 2020 season. It seems like he believes the club has turned around, though, and optimism has followed.

“I do believe we did an amazing job in spring training,” Cora said. “The guys, they bought into the concept of running the bases well, playing good defense, all the stuff that we talked from November til now, and we’ll keep talking about it, but to put it in an easy way, we have a good baseball team.”

The Red Sox concluded spring training with a 16-11 overall record. Boston now turns the page to the 2021 season, which starts Thursday as the Red Sox welcome the Baltimore Orioles to Fenway Park. 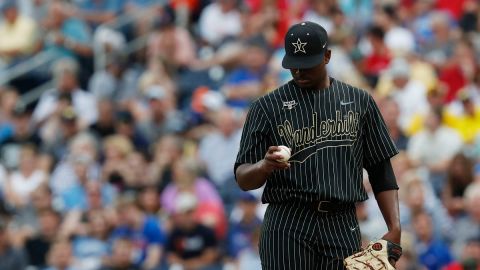