Jake DeBrusk was playing with a bit of a chip on his shoulder Thursday night.

The Bruins winger was a healthy scratch in Boston’s shootout loss to the New York Islanders on Tuesday after underperforming this season. Head coach Bruce Cassidy sent a strong message to DeBrusk, and it appears that message was well received.

The 24-year-old potted a goal in the Bruins’ 4-0 shutout win against the New York Rangers on Thursday night.

DeBrusk was all over the ice and made his presence known. It certainly looked as if he was a man on a mission after being benched 48 hours prior.

He also was sporting a new haircut so he could channel his youth, apparently.

“I don?t know, I just needed to look a little younger,” DeBrusk said after the game. “Feels like everyone thinks I?m done around here.”

DeBrusk has been at the front of recent criticism, and he knows how he’s played has put a target on his back.

“I’m a pretty easy target at the moment,” he said. “But it’s pretty much warranted.”

DeBrusk knows the criticism is out there. And even though he believes it’s warranted, it didn’t stop him from taking it personally.

“Yeah, I took it personally, for sure,” he said. “Who wouldn’t? Any time you get scratched it stings. I’m frustrated already and it was a nice little reset for me because I knew I was going to come in with some heat today.”

That frustration, though, didn’t go away after one strong game.

“It’s still there,” DeBrusk said. “It’s still there in a sense of I need to bring that consistently. I think the reason I played better tonight was because I was pissed off. … It’s a different narrative now that I scored. But I’m keeping that, it’s not going away.”

Here are some other notes from Thursday’s Bruins-Rangers game:

— David Krejci scored his first goal of the season in the second period to give Boston a 3-0 lead.

That trio has been doing plenty of the heavy lifting, and it shows on the stat sheet.

Pastrnak, Bergeron and Marchand have combined for 34 of Boston’s 68 goals this season. Ten of those have come on the power play while the rest of the team has seven.

Marchand’s assist on Bergeron’s goal sure was pretty.

“They’re always fun to be part of when they go your way,” Marchand said.

— Jaroslav Halak earned the shutout Thursday making all 27 saves. He became the first Bruins goalie to post back-to-back shutouts against the Rangers.

It also was the 52nd of his career.

— At one point during the game, DeBrusk switched out his stick, but head coach Bruce Cassidy wasn’t unaware of the change.

“I liked what I saw tonight,” he said. “Happy he scored tonight.” 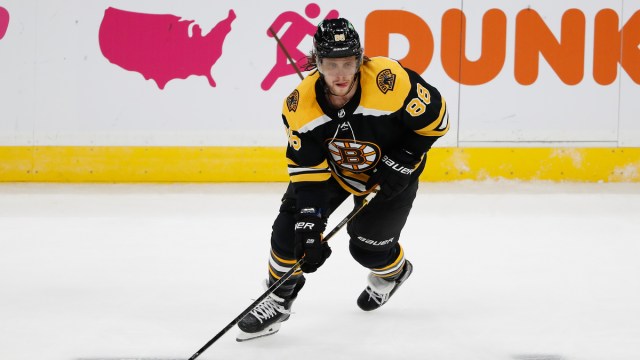 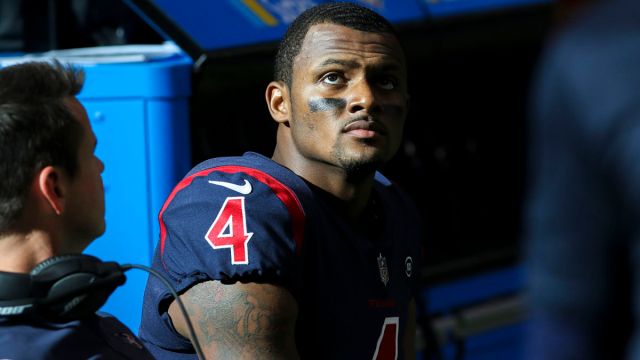 NFL Rumors: Texans Have Not Discussed Deshaun Watson Trade Yet