Brandon Carlo is healthy and not full of ill will.

The Boston Bruins defenseman has been dealing with a concussion for the better part of a month now, but he was cleared Monday and will return to the lineup Tuesday night against the New Jersey Devils.

Of course, Carlo’s absence was the result of the hit to the head the blueliner was on the receiving end of from Tom Wilson. The Washington Capitals winger doesn’t have the most unblemished disciplinary record, and just returned Sunday from his seven-game ban as a result of the hit, which sent Carlo to the hospital.

Above all else, Carlo is feeling fine.

“First few days were kind of tough. Lot of emotions involved with it,” Carlo said after Tuesday’s morning skate. “Different from the other concussion I had (last year). I felt like my mood was really off, and for the first bit there that night, my vision was a little blurry and messed up. Couldn’t really see out of my right eye, so that’s why I went to the hospital.

“After that cleared up, I knew it was just going to be a process for taking time and taking those first couple days easy. I definitely still had a lot of lingering concussion issues, but I’d say over this last week it’s been fantastic. I’ve felt so much better, things with my cognitive memory have started to come back, so I’m feeling great in that regard.”

Wilson has a checkered history, no matter how often outlets in Washington or nationally write about him being a changed player.

Though obviously acutely aware of his aggressor’s reputation, Carlo opted to not start a war of words.

“I think that particular player, he plays the game hard. I respect the way that he plays the game hard,” Carlo said. “Do I think it was necessary for him to follow through in the area that he did? Not really. But overall, the game happens fast, things happen fast. I’ve been in that position as well, trying to hit somebody.

“I’m not going to say he meant to go right through my head. He’s just trying to finish the play, finish me in the D zone. Unfortunately, I didn’t see him. I was involved with another player and I was trying to grasp where the puck was, and that’s all I kind of remember from it, aside from seeing it on video. It happened pretty fast, I don’t have any ill will or anything towards the player or the situation. I’m just ready to move forward and get back in the lineup. …

“In that situation, I don’t mind if he hits me, just get more of my body. I think the rules are pretty simple with head contact,” Carlo later noted. “So that’s all that I really care about.”

Like every suspension the NHL’s Department of PLayer Safety hands out, Wilson’s ban was controversial. The Caps griped about the hit even being considered controversial, while others thought it deserved harsher punishment considering it was Wilson.

Carlo, who, worth noting, is a Bruins NHLPA player rep, elected not to offer much of an opinion.

“As for the suspension, to be honest, after the situation I was more so worried about myself, not necessarily him. Wanted to get back on track for myself, I love being in the lineup, I love playing hockey, I love my job here as a Bruin. So, my focus wasn’t on him or what he was going to receive or anything like that.

“I feel good about how everything was handled. I’m not necessarily worrying about it at this point, [putting it in the past, moving forward and I’m just going to trust that the officials can do what they can. That night in particular, a lot of guys on my team had my back and that was amazing. So that felt really good, and after that, just forget about it and move on.”

Carlo is expected to return to his usual spot on the second defensive pairing with Matt Grzelcyk Tuesday night.

Puck drop for Bruins-Devils is set for 7 p.m. ET. 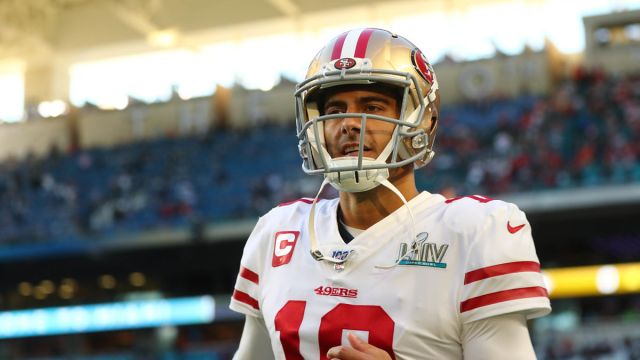 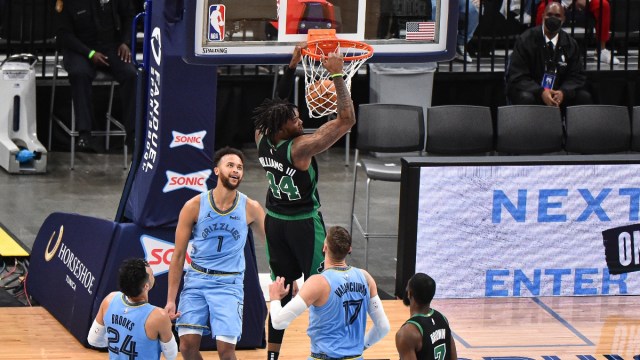