The Boston Bruins have been running shorthanded in one way or another pretty much all season, but there might be some reinforcements coming soon.

Kevan Miller is expected to travel with the team when they head to Pittsburgh for a back-to-back against the Penguins beginning Monday. Miller was having some knee discomfort due to the volume he had been playing, but recently has been skating.

“Kevan Miller I believe is traveling with us because he has been skating a little bit more,” Cassidy indicated before Saturday’s game against the New York Rangers.

Cassidy also shared an update on Brandon Carlo, who has been out since getting boarded last Friday by Tom Wilson, who was suspended seven games for the hit.

“Saw Brandon yesterday, he’s coming around,” Cassidy said. “Until he’s on the ice more frequently and with the group we’ll continue to just tell you, obviously, he’s unavailable.”

The Bruins’ defensive depth has been tested this season, but Matt Grzelcyk returning from injury and the waiver claim of Jarred Tinordi two weeks ago has helped stabilize things.

On Saturday against the Rangers, the Bruins will put Urho Vaakanainen on the second pairing with Connor Clifton, while Jarred Tinordi and Jakub Zboril — the latter of whom will be playing on his off side — will form the third duo. 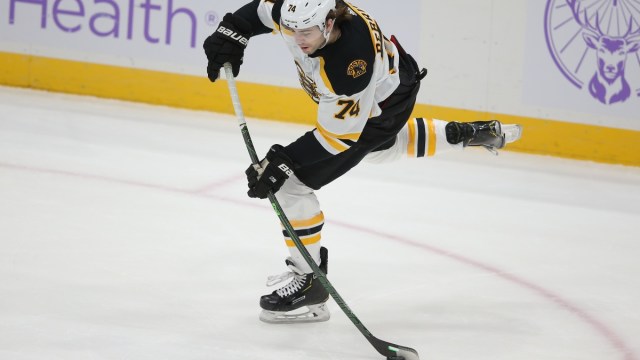 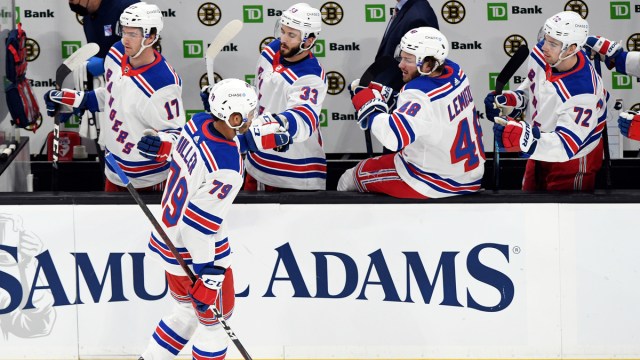