The Bruins just can’t seem to find an answer for the Islanders.

Boston dropped its fourth game this season to New York on Tuesday night in a 2-1 shootout loss.

David Pastrnak scored the goals for the Bruins, while Brock Nelson and Anthony Beauvillier accounted for the Islanders’ tallies.

ONE SERVING OF PASTA COMING RIGHT UP
The Bruins picked up the pace in the second half of the first period with some impressive zone time and scoring chances. But it was Pastrnak who got the scoring started for Boston on the power play.

Pastrnak caught Semyon Varlamov out of position and potted his 400th career point for the 1-0 lead with just 27 seconds left.

TIED AFTER TWO
Boston again had some impressive zone time, but was unable to capitalize in the minute-plus despite some prime scoring chances.

Brad Marchand was whistled roughing and went to the box for four minutes after Oliver Wahlstrom boarded Connor Clifton which allowed New York to tie the game at 1-1.

Nelson one-timed the puck after some slick passing from Mathew Barzal to JG Pageau past Jaroslav Halak to extend his goal streak to three games.

Things stayed tied heading into the third period with Boston holding a 24-16 edge in shots.

SIXTY MINUTES NOT ENOUGH
The Islanders looked as if they were going to take their first lead of the night with just under five minutes to go, but Boston got a massive stick block from the defense before Halak made a nice stop of his own.

It was all New York in the final minutes as it picked up the pace, but overtime was needed to decide the winner.

TO A SHOOTOUT WE GO
Both goalies made some incredible saves to keep their team in it, as the B’s and Isles went end to end in overtime. But this game would be decided in a shootout.

ISLES WIN IT
Jordan Eberle and Pastrnak both scored in Round 1.

Barzal and Charlie Coyle both were denied in Round 2.

Beauvillier won it all for the Isles after Brad Marchand was denied.

UP NEXT
The Bruins leave New York and will head home Thursday to take on the Rangers. Puck drop from TD Garden is set for 7 p.m. ET. 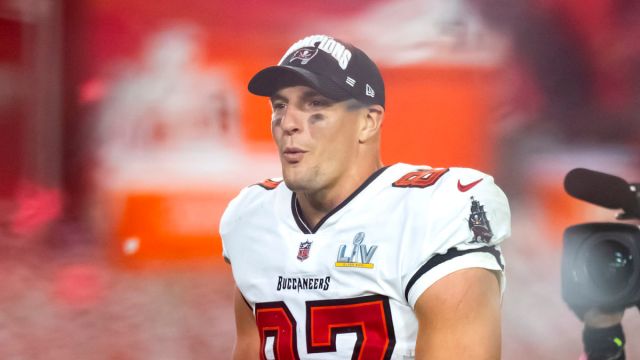 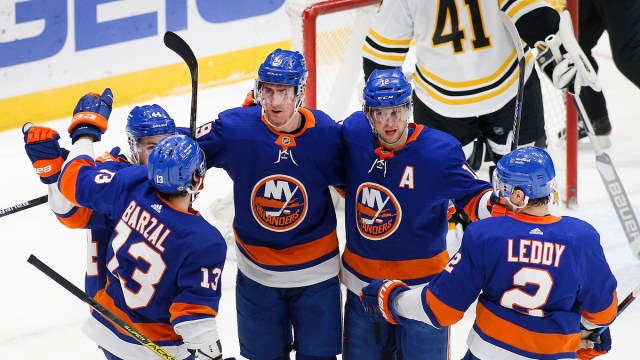 Bruins Fall In Close One As Islanders Come Back, Prevail In Shootout