By re-signing Cam Newton, the New England Patriots are acknowledging they didn’t do enough to help the veteran quarterback in 2020.

Now, it’s time to fix that.

Newton reportedly agreed to an incentive-laden one-year contract worth up to $14 million to remain with the Patriots in 2021. At maximum, it sounds like Newton will count for $8 million against the Patriots’ salary cap, according to reporting by ESPN’s Mike Reiss. And if things are going to be different this season than they were in 2020, when New England’s offense struggled, the Patriots need to put some better weapons around Newton.

It’s almost incredible that New England went 7-9 (7-8 with Newton at quarterback) in 2020. After some dust settled in contract disputes and COVID-19 opt-outs, the Patriots were left with $20 million in cap space and $30 million in dead cap last season. That’s $50 million they didn’t, or couldn’t, invest to improve their 2020 roster.

Now, New England’s opt-outs are back, and the Patriots entered the offseason with $68 million in salary-cap space. That will be reduced by Newton’s contract, a trade for offensive tackle Trent Brown and re-signing special-teams ace Justin Bethel, but not significantly. The Patriots still should have over $50 million to spend on the open market and to bring back key pieces from the 2020 season who are hitting free agency, like center David Andrews, cornerback JC Jackson and defensive tackle Lawrence Guy.

Realistically, if Andrews, Jackson and Guy return, the Patriots will have around $40 million to spend on free agents, and that money can go a very long way as we illustrated in a piece earlier this week.

The Patriots easily could sign two top wide receivers, a tight end and at least three defensive free agents with that amount of money, and they’ll need to make those moves after re-signing Newton. It’s the only way this deal makes sense.

The Patriots also could splurge on one or two big pieces early in free agency and then wait to pick up remaining values as the market lingers and teams run out of spending space. Talented players are being released because the NFL lowered its salary cap after a loss of revenue caused by the COVID-19 pandemic. New England entered the offseason with the third-most cap space in the NFL. Expect the Patriots to spend it to put a more competitive product on the field in 2021.

Bringing back Newton should help the Patriots recruit in free agency, as well. Now, at least they can point to a quarterback rather than a question mark as they attempt to bring on receiver help.

It’s difficult to see the Patriots being worse in 2021 than they were last season for all of those reasons. They were a cap-strapped team that was decimated by dead cap space and opt-outs and still managed to somehow win seven games. They’ve now gone from $50 million in the hole to $40 million in cap space in one $90 million swing. Newton would have to play significantly worse for New England to actually take a step back. He also needs to take a dramatic step forward to push the Patriots into relevancy, however.

Improved weapons certainly can boost a quarterback’s efficiency. The Patriots saw that firsthand with Tom Brady from 2006 to 2007, 2013 to 2014 and 2019 to 2020, when he went to the Tampa Bay Buccaneers. Newton, conversely, took a step back early in his career after losing wide receivers like Steve Smith and Brandon LaFell.

Newton played poorly last season. He also was throwing to Jakobi Meyers, Damiere Byrd, Ryan Izzo, N’Keal Harry and James White for most of the year. Add Curtis Samuel, Corey Davis, Hunter Henry or Jonnu Smith into that mix, and Newton and the Patriots’ offense should improve.

By how much is the question, because this move also seemingly caps the Patriots’ ceiling. Other available quarterbacks, like Marcus Mariota, Jimmy Garoppolo and Jameis Winston, came with their own risks but also potentially higher upside.

It’s hard to imagine the Patriots being worse in 2021, and that is a step forward as New England rebuilds after losing Brady. But Newton will need to return to his MVP form for New England to compete for the postseason. 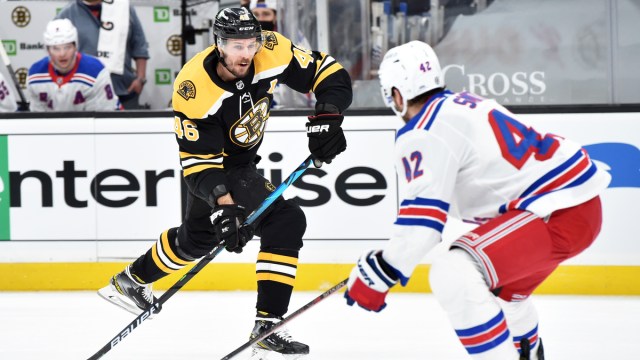 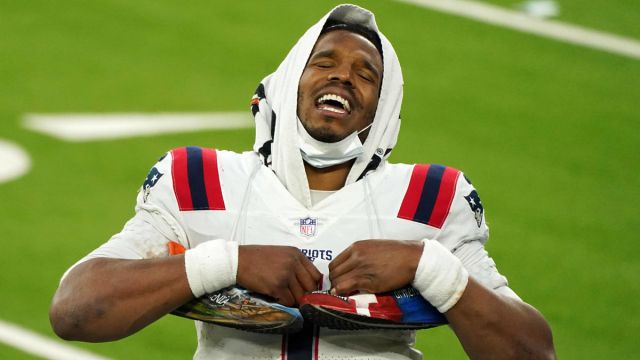