Boston Celtics newcomer Evan Fournier, who was acquired before last Thursday’s NBA Trade Deadline, is ready for a new start.

And the 28-year-old seems open to doing whatever it takes to fit with Boston’s young core.

“Well, I think the best thing about my game is I’m able to do a lot of things,” Fournier told reporters Monday during a pregame video conference. “I can handle. I can pass. You can run me off screens and pin downs. So, it’s really going to be about how I can fit with the other guys.

“Obviously I’m learning the system and I’m going to try to be myself, but obviously try to adapt to what guys are doing on the floor,” he added. “We’ll see starting tonight.”

Fournier will make his Celtics debut Monday at TD Garden as Boston gets set to host the New Orleans Pelicans.

The Celtics, you may recall, acquired Fournier from the Orlando Magic last Thursday. He missed each of the first two games due to COVID-19 protocols, which he expressed he’s happy to have behind him.

Boston traded two second-round draft picks and veteran guard Jeff Teague to the Magic while using a large portion of its $28.5 million traded player exception to absorb Fournier’s deal. He is an impending free agent, as well. Celtics president of basketball operations Danny Ainge has expressed that he’s hopeful in the potential to keep Fournier in Boston long term.

Celtics head coach Brad Stevens acknowledged how Boston would try to use Fournier’s strengths in his first game Monday.

“Yeah, I mean we do some stuff that they do (Orlando), there’s some similarities, not a ton, but there are some similarities in the playbook, certainly that will be in his basic group of actions that we’ll look at today,” Stevens said before the game. “And even some of the things that they may have called it something different in Orlando we’ve talked about, and I can kind of help him through if he needs to, but I don’t think he’s going to need that much.

“(We) got a good idea about what he does well. We’ve been watching him for a long time, trying to compete against him for a long time so it goes from a scouting report and what you’re trying to take away to then what you might be able to put in out of a timeout or even throughout the course of the game.”

Boston and New Orleans are scheduled to tip off at 7:30 p.m. ET. 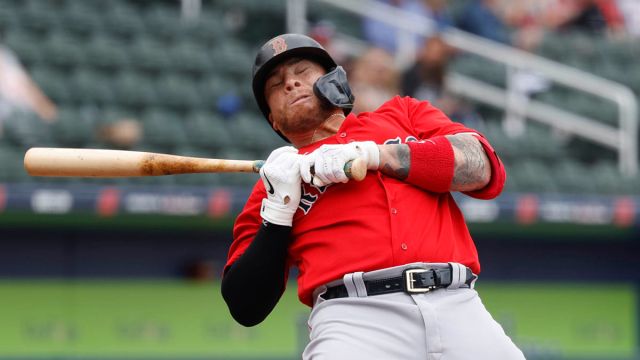 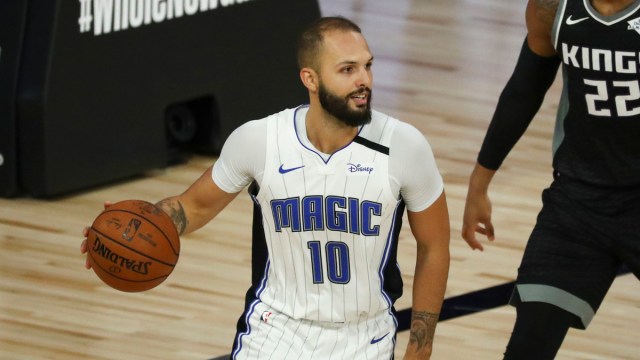 Evan Fournier Reflects On Trade, Talking With This Ex-Celtic After Deal