Robert Williams continued to be absolutely everywhere during the Boston Celtics’ 117-112 victory over the Los Angeles Clippers on Tuesday at TD Garden.

Williams stuffed the stat sheet scoring 13 points on 4-for-5 from the field with eight rebounds, four assists and three blocks. At one point, Williams was literally setting up NBA All-Star Jayson Tatum for open looks.

Williams’ performance Tuesday has been part of a growing trend. The 23-year-old big man, who Celtics fans may best remember for sleeping through his alarm clock, has improved by leaps and bounds right in front of our eyes.

“Rob’s development since he’s got here has been pretty damn good,” Jaylen Brown told reporters Tuesday. “He’s really carved out a good role not just on this team, but in this league. And as he’s gotten more consistent minutes, you can see his play continue to emerge.”

Williams has continued to see more minutes, and it was the case again Tuesday. The 6-foot-8, 203-pound center played 22 minutes. It was just his sixth game of 20-plus minutes this season and fourth in the last two weeks. Two of those 20-plus-minute outputs have come in the last three games, too.

“He’s on a great trajectory. He’s really helping us,” head coach Brad Stevens told reporters after the game. “One of the things about Rob that I think doesn’t get talked about enough is he’s a competitor. He wants to win. He plays hard. He goes after rebounds. And he’s learning how to take advantage of things he does best on both sides of the court.”

One of those things is going up to get anything around the rim. And we mean anything — just ask Payton Pritchard, Kemba Walker or Brown. Celtics teammates love playing with him because of that specifically. Williams is practically the inflatable tube man –also known as a sky dancer for those cultured folk — that you see outside car dealerships. There are moments he seems extendable.

“That’s the best part about it, to be honest. I love it — being able to just put the ball anywhere and Rob’s going to get it,” Kemba Walker told reporters. “That kid, man, he is unbelievably talented. He’s improving every single day. And he’s huge for our team — especially over the course of the last couple games. He’s been amazing to watch, he’s been amazing to be on the court with.”

Brown, though, may have provided the highest possible praise.

“We still like to challenge him game-to-game to continue to be locked in defensively and everything, but in terms of where he started at to where he’s at now? The sky?s the limit,” Brown said. “He’s going to continue to get better. The more we put him on the floor, I think the better he?s going to get. We’re looking forward to that.”

Here are some other notes from Celtics-Clippers:

— Walker scored a team-high 25 points in the Celtics’ third-straight win. He did so on 8-for-19 shooting, including a 50% clip from long range as he hit six 3-pointers.

It was the seventh time in the last nine games Walker has scored 20-plus, including four straight.

“I’m just playing the right way,” Walker said. “Taking whatever the defense gives me. And the shots are just falling, that’s it.”

— Williams wasn’t the only strong performer off the bench, either. Rookie point guard Payton Pritchard led the bench unit with 14 points on 4-for-7 from 3-point range.

The group has increasingly impressed Stevens.

“I think we’re getting better playing together with that group,” Stevens said. “I think Rob’s threat at the rim really helps that, but those guys can’t just be bystanders. They got to be aggressive. They got to be assertive. They can’t play passive. I thought they have backed that up a couple games in a row now.”

— It was the first time the Celtics swept the Clippers (3-0) since 2008. LA, of note, was without Kawhi Leonard on Tuesday.

Anyway, the Celtics, who were sitting in 10th in the East just one week ago, now are fourth in the conference standings.

— Jaylen Brown and Jayson Tatum, you may have heard, will each represent the Celtics in the 2021 3-Point Shootout during NBA All-Star Weekend.

Walker wouldn’t give his pick on which of the two he thinks will win, but noted, “one of them better bring it home, though.”

Brown had a pretty hilarious reaction, too.

— The 18-17 Celtics will round out their first half of the season against the Toronto Raptors on Thursday. 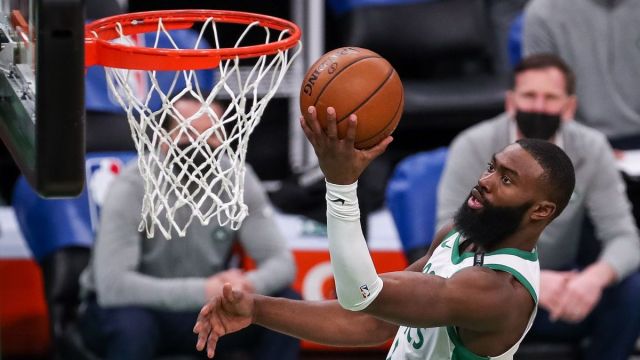 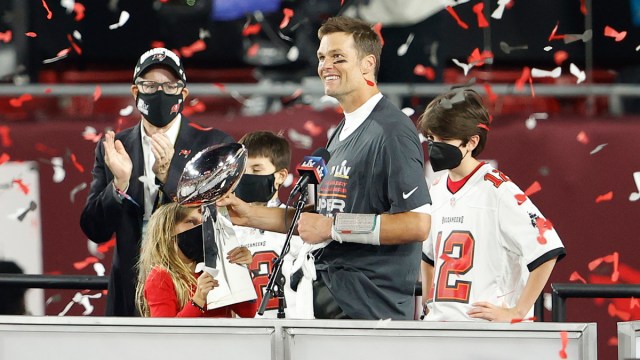